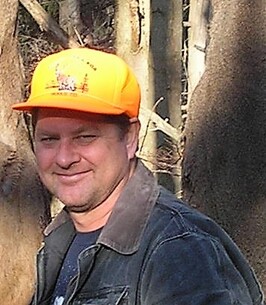 Wayne Douglas Sopko age 64 of Fort Collins CO. Lost his battle to Cancer on
April 8 ,2022. He was thankful for his wife, Lorrie and the love and life they shared.
Wayne was born September 19, 1957 in Buffalo, NY. He was the son of John Wm. and Hazel J. Sopko. He is survived by his mother, Hazel and his three siblings;
Timothy M., Lloyd L., and Lois M. As well as Wendy and several other nieces and nephews.
He was also thankful for the gift of long and deep friendships with Lou Mercurio and Barry Kadlub who stood by him right to the end. They were present when he accepted Christ into his heart.
He built and worked his business: Jon Wayne Electric, so named for himself and his dad, John, whom he called Pop. He also applied the many skills he learned from Pop to build the beautiful home he and Lorrie shared for over thirty years.
Wayne loved anything connected to trains from the time he was a toddler, and that passion continued through out his life. He also loved living in Colorado and enjoying its wildlife. His other passions in life were guns, fishing and hunting.
He will be buried next to his beloved Pop in NY. A memorial Service will be held at the Flemingville United Methodist Church, 540 Back West Creek Rd., Owego, NY 13827 on Saturday, May 14, 2022 at 10:30am
To order memorial trees or send flowers to the family in memory of Wayne Sopko, please visit our flower store.