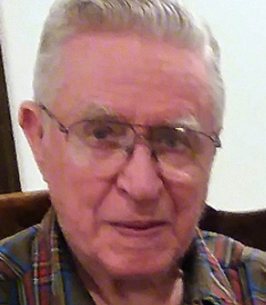 Wayne LeRoy Ellingson passed away on February 21, 2019 peacefully in his home at the age of 91 in Windsor, Colorado in the arms of his son David Ellingson and grandson Daniel Ellingson who were caring for him. Wayne was a valiant servant of the Lord Jesus Christ and a devoted member of The Church of Jesus Christ of Latter-day Saints. He is preceded by his wife Gloria Steenblik Ellingson and two children who died shortly after birth: Dean Robert and Brian Roelf. He is survived by his children and their spouses: Mark (DeAnn), Grant (Chris), David (Barbara), Diane (Scott), Marie (Andy), Louise (Boley) and Laura (Greg).

Wayne was born in Calgary, Alberta, Canada in 1927 and moved to Salt Lake City with his family within a year of his birth. Wayne lived most of the rest of his life in Salt Lake City. While serving in the US Navy he spent 2 ½ years in Shanghai China and spent the last 14 ½ years in Windsor, Colorado where he moved after his wife Gloria died.

Wayne worked as a Customer Engineer for IBM for 31 years before retiring at the age of 60. He was blessed to have as many years in retirement as he spent working in his chosen career.

Wayne loved gardening, camping, fishing, playing racquet ball, and being with family. He loved being called Grandpa and loved all of his children, grandchildren and great-grandchildren.

In keeping with Wayne’s wishes, there will be a viewing followed by a short graveside service. Services will be held Friday, March 1, 2019 with a viewing 9:00-11:00am at Holbrook Mortuary, 3251 South 2300 East, followed by a graveside service at Noon at the Salt Lake City Cemetery. Guestbook to post messages and tributes for the family available at: HolbrookMortuary.com

To order memorial trees or send flowers to the family in memory of Wayne LeRoy Ellingson, please visit our flower store.