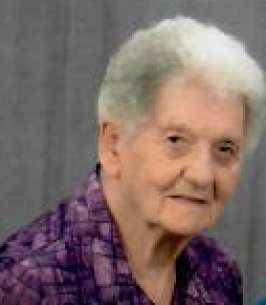 Virginia D. Roemmich, 87, Formerly of Mead passed away on January 25, 2021 in Windsor Colorado.

Virginia (Virg) was born to Frank and Anastasia Grudzinski on February 19, 1933 in Aurora Nebraska. Virginia was the youngest of twelve children attending school in and graduating from Aurora High School.

She married Philip (Phil) Roemmich Sr in Nebraska on December 19, 1950. They lived in Hastings Nebraska and moved to Thornton Colorado in 1957. They moved to Mead Colorado in July 1963 and she resided there until 2017. Virg moved to Loveland in 2017 and then to Windsor in 2020. She worked at Amphenol in Longmont until 1974 as a Production Supervisor. She worked at Sherwood Enterprises in Longmont as a Production Supervisor retiring in 1995.

A private graveside service will be held.

Online memorials may be made at www.marksfuneralservice.com.
To order memorial trees or send flowers to the family in memory of Virginia Roemmich, please visit our flower store.