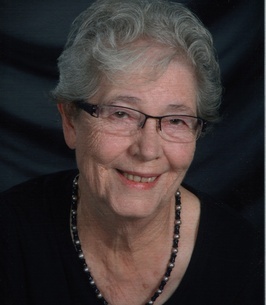 Vera Mae (Stogsdill) Chipman entered into eternal rest on March 27, 2022. Vera was born in Jefferson City, MO to Benjamin and Loris Stogsdill on May 8, 1931. Vera had two siblings; Richard Dickerson of Ponca City, OK, and Nancy McGlothen of Clarkston, WA. She graduated high school from Jefferson City High and went on to marry Charles Henry Chipman on March 23, 1953. They resided in Ft. Eustis, VA, Eaton, CO, and Greeley, CO until they moved in 1966 to Windsor, CO. Charles and Vera had three boys and one girl. Vera worked as an Avon sales representative and was also a cook at Skyview Elementary. She enjoyed crocheting, being a part of the United Methodist Women’s Group, and attending church at First United Methodist Church in Windsor, CO. Vera is survived by her four children; C. Michael (Susan) Chipman of Genesee, CO, Robert (Joymay) Chipman of Windsor, CO, John (Kathy) Chipman of Kalamazoo, MI, Lorisann (Duffy) Laudick of Fort Collins, CO., eight grandchildren, and twelve great grandchildren. Preceding her in death are her parents; Benjamin and Loris, her husband Charles, and one grandson Kevin. In lieu of flowers please donate to Lymphoma Leukemia Society of America.
To order memorial trees or send flowers to the family in memory of Vera Chipman, please visit our flower store.