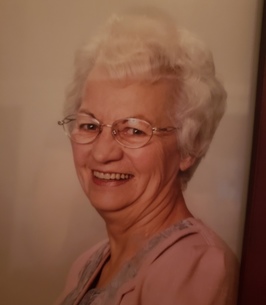 Velma Louise (Spelts) Ekberg of Evans (79)was born to Ernest and Evelyn (Rogers) Spelts on September 25, 1939 at the Wray Community Hospital. The oldest of 6 children, she joined her heavenly father on December 20, 2018 in her home with her husband and daughters by her side.
Velma graduated from Eckley High School in 1957. She then moved to Cheyenne Wyoming where she taught ballroom dancing. Upon her return to Wray, she met the love of her life Glen Ekberg at a dance in Yuma Colorado. Dancing was an activity they both loved and enjoyed for the length of their 60 years of marriage.
Velma was a loving wife and mom. She supported Glen during his 35-year career with the Colorado Division of Wildlife. This entailed moving back and forth to Wray 3 times, before settling there in 1974.
They were blessed with 2 daughters, Theresa in 1961 and Tami in 1964. Velma had various careers, from pharmacy tech to bookkeeper to business owner of Wray Liquor until Glen retired and they moved to the Greeley area in 1987.
Velma always worked along side Glen supporting the family, sewing many of the girls’ clothes and always preparing wonderful home cooked meals. Velma spent many hours with Glen volunteering at the Wray Elks Lodge.
In their retirement, Velma and Glen enjoyed traveling throughout the United States venturing from coast to coast and border to border in their RV and spending a couple of winters in Cottonwood Cove Arizona.
Velma spent many hours with all of her grandchildren, including a family vacation with all 5 grandchildren to Disneyland. Her grandchildren and great grandchildren were the light of her life.
Velma is survived by her husband Glen; daughters, Theresa (Randy) Hoffman and Tami (Steve) Long of Kersey; granddaughters Amber (Chris) Rochefort of Durand Michigan; Ashley (TJ) Braziel of Humble Texas; and Chelsea (Brad) Harmon of Monte Vista Colorado. Grandsons, Rhett Long of St. Johns, Newfoundland, Canada, and Heath (Leeann) Long of Greeley, Colorado. Great Grandchildren Callie and Kaelin Rochefort, Lawson and Collins Braziel and Noah and Abel Harmon. She is also survived by sister Carol Savage of Brush and brother George ( Sharon) and Oscar(Janice) Spelts of Grand Ronde Oregon.
She is preceded in death by her parents Ernest and Evelyn Spelts, and brothers Robert and Stanley Spelts.
Per Velma’s request private family inurnment will be held on December 28, 2018.
Memorial contributions in honor of Velma can be sent to the Pulmonary Fibrosis Foundation in care Mark’s Funeral and Cremation Service, 9293 East Park Dr. Windsor, Co 80550
Online condolences may be made at www.marksfuneralservice.com

To order memorial trees or send flowers to the family in memory of Velma L Ekberg (Spelts), please visit our flower store.