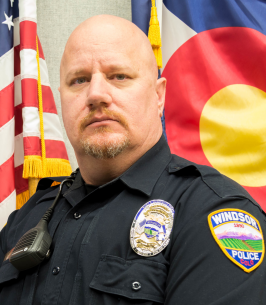 Ty Alan Powell, 53, of Windsor, passed away October 13, 2021, at the Medical Center of the Rockies in Loveland.

He graduated from Walden High School and then entered the Marine Corps where he was a Lance Corporal. He worked as an EMT at the Grand County Ambulance Service for several years and was a volunteer firefighter. Ty attended the Police Academy in Grand Junction which began his career in Law Enforcement. He worked for the Mesa County Sheriff’s Department and the Jackson County Sheriff’s Department. He has worked at the Windsor Police Department since 2002.

Online condolences may be made at www.marksfuneralservice.com.
To order memorial trees or send flowers to the family in memory of Ty Alan Powell, please visit our flower store.