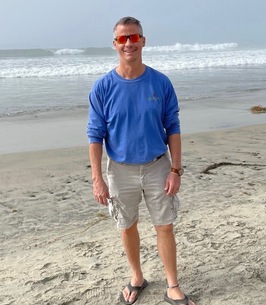 Todd W.K. Novak was born on October 31st 1966 in St. Louis Park, Minnesota to his mother Susan K. Lund and was later adopted by his father Delmar Novak. He graduated from Evergreen High School in 1985 and later went on to receive his Bachelor's Degree. He enthusiastically ran his own small business and was respected by several clients around the Denver and Golden area. In December of 1998, Todd was happily married to Jennifer Mansfield who was his life partner for almost 23 years at the time of his passing.
Todd is preceded in death by his late father Delmar Novak and survived by his wife Jennifer and his two children, Cade and Brittany Novak; as well as his Mother Susan Paczosa and his two sisters Debbie Scharlemann and Pam Smith.
Aside from spending time with family, Todd thoroughly enjoyed golfing, traveling, lake activities, attending sporting events, having a good time with friends, and living his life to the fullest. Todd had a confident and charming personality and was undeniably a loyal and compassionate friend and family member. He brought laughter and joy to everyone he knew and touched the lives of many.
Family and friends are invited to attend a Celebration of Life gathering on January 22nd, 2022 at Marks Funeral Home located at 9293 Eastman Park Dr. Windsor, Co 80550. In lieu of flowers, please consider making a contribution to the Todd Novak Memorial Fund. Any donations intended to go to the memorial fund should be written out to Todd Novak Memorial Fund and may be mailed to FirstBank 10403 W Colfax Ave Lakewood, Co 80215.

To order memorial trees or send flowers to the family in memory of Todd William Klenzendorf Novak, please visit our flower store.