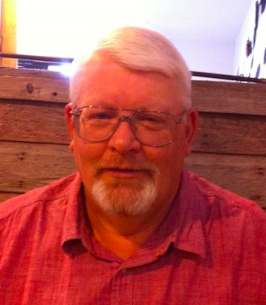 Thomas Roy Sporleder passed away on September 26, 2021 at McKee Medical Center in Loveland. Tom, or “Big T” as his friends called him, was born in Norfolk, Nebraska on September 4, 1951. He was baptized and confirmed in Foster, Nebraska. He graduated from Pierce High School in 1969, then attended Nettleton Business College in Lincoln, earning his Associate’s Degree. He married Marilynn Droescher on August 8, 1970, in Norfolk.

Tom and Marilynn moved to Ault, Colorado in 1971. Tom worked for Kodak until he took early retirement. After his retirement from Kodak, Tom owned two construction businesses, Tri City Builders and RT3 Enterprises. Tom was the President of the Windsor Optimist Club for two consecutive years, and he loved taking stats for the Windsor High School football team for many years. He also coached the Optimist Youth Baseball Team for several years. He attended all his kids’ sporting events, never missing a game. In his later years, he loved watching his grandchildren in their sports as well.

In his free time, Tom loved to bowl and play golf, playing in leagues for years. Tom formed the Tuesday Nights Hackers Golf League and ran it for 20 years until his death. He loved rooting for any Nebraska team and watching the Denver Broncos and Colorado Rockies. He also enjoyed playing fantasy sports with his sons and friends.

Tom is survived by his wife of 51 years, Marilynn, and his children Tommy (Amanda), Troy (Andrea), and Amy (Phil) Vigil. He is also survived by his brothers Ray (Faye), Don (Barb), and his sister-in-law Sandy, as well as his sisters-in-law Debbie Berry and Tammie (Rob) Etl. He loved his nine grandchildren: Lily, Phillip, Molly, Cameron, Mia, Scarlett, Asher, Dallas, and Kaylee, and his great-grandson Bentley, as well as his numerous nieces, nephews, and cousins. Tom always prioritized his family, and he was a true family man. Tom is preceded in death by his father Raymond, mother Alyce, brother Bob, and his sister-in-law Carolynn and her husband Felix Medina, and his brother-in-law OJ Berry.

Viewing will be held on Friday, October 1, from 5 to 7 p.m. at Marks Funeral Chapel, 9293 Eastman Park Dr., Windsor. An additional viewing will be at 9 a.m., Saturday, October 2 at Faith Church of Windsor, 1020 Walnut St., Windsor. Funeral services will begin at 10 a.m. at Faith Church, with inurnment to follow at Lakeview Cemetery in Windsor. Please join the family for a reception at the Windsor American Legion from noon to 4 p.m., with lunch served. To honor Tom, the family asks that you wear Nebraska red, or support your favorite football team.

The service will be streamed live via the Faith Church of Windsor’s Facebook Page.

To order memorial trees or send flowers to the family in memory of Thomas Roy Sporleder, please visit our flower store.