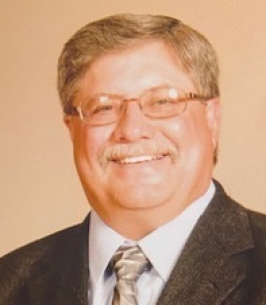 Terry Joe Walker went on to join our Lord Jesus Christ on April 6th, 2021 at the age of 67 after a short but courageous battle with pancreatic cancer. Terry was born on March 7th, 1954 in Alliance, Nebraska to Margie and Howard (Bubs) Walker.

In the mid 60’s the family moved from Nebraska to Colorado where Terry attended school in Windsor and graduated a Wizard in 1972. He met his former wife, Alberta while attending high school and they married on November 2nd, 1974. They welcomed their son (Chad) in 1976 followed by their daughter (Tara) in 1978.

After high school he went to work for Kodak and then in 1975 found his career with the Town of Windsor starting as a “meter reader”. He formed friendships and had many accomplishments while climbing the ladder for the Town including getting FEMA certified, being featured in several publications, and having his work for the Town during the tornado of 2008 earn him high praise and accolades. His love of Windsor and skill as a leader helped the Town to get back on its feet quickly. He retired as the Director of Public Works in 2020 and October 1st is now known as “Terry Walker Day” in Windsor.

The Nebraska earth remained imbedded deep in Terry and was shown in his die-hard and life-long love of the Nebraska Cornhuskers. Sports were a cornerstone of his life and the proof of that is shown in his years as a softball player with the “Firehouse Restaurant” State Championship softball team where he earned his nicknames “Joe-Mama and Shamu” which are still used today by his friends. He also loved Colorado Eagles Hockey, fishing (it’s been said he was the worlds greatest fish-filleter), and perfecting his golf game.

His family meant everything to him and he took great pride in his children and grandchildren. He had a vocabulary full of “Terry-isms” and loved game nights and evenings with friends and family drinking good beer.

Forks are encouraged to wear a Polo Shirt or Nebraska Corn Huskers Shirt.


Services will be held at Windsor Recreation Center at 2pm on April 16th. 250 11th St, Windsor, CO 80550
In lieu of flowers the family ask that memorial contributions be made to the Windsor Community Recreation Center for Youth Sports Scholarships. In care of Marks Funeral & Cremation Service, 9293 Eastman Park Drive
Windsor, Colorado 80550
To order memorial trees or send flowers to the family in memory of Terry J. Walker, please visit our flower store.

Due to COVID-19 Mask must be worn inside the Windsor Community Recreation Center. Forks are encouraged to wear a Polo Shirt or Nebraska Corn Huskers Shirt.

A private family inurnment will be held at a later date.