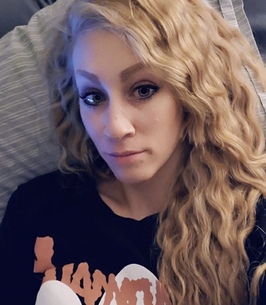 She was born February 27, 1988, to Jack and Joan (Schulte) Blair in Fort Lauderdale, Florida. The family moved to Nebraska and then settled in Colorado when she was 8 years old.

Taylor graduated from Arapahoe High School in 2006. She moved to Fort Collins to attend Colorado State University where she earned her Bachelor’s Degree in Social Work. She then attend the University of Denver where she graduated with her Master’s Degree in Animal Assisted Social Work, Traumatology and Mental Health Counseling. She worked as a co-case worker for Weld County, a HC Health Therapist for the State of Colorado, and the Neurofeedback Clinic of Northern Colorado.

Taylor had many sides and interests. She was always keeping herself involved in sports, school, and helping others with her Master’s education in Social Work. She was anchored through family. Her life was art; she lived it. She took her knowledge and personal experience and used them to help anyone she could reach. She took up positions with organizations such as the Department of Human Services, NeuroFeedback Clinic of Northern Colorado, Weld County as a case worker, and juvenile probation to aid in the recovery and protection of youth, just to name a few. She had an unparalleled need to help and fix anything and anyone she could. No matter the situation she would help find the way to highlight the positive in situations and keep moving forward; just one of her natural gifts with the world.

She was a red belt in Tae-Kwon-Do and enjoyed playing club soccer and in-line hockey.

When Taylor wasn’t studying or competing in a sport she was spending time with her “babies,” her beloved dogs. She loved to be in nature. Her spirit was free. In the most recent years her favorite interests have been camping, building fires, and going to festivals and concerts of her favorite musical artists; one of which was her boyfriend Nick Urban. She was unbelievably talented with any medium she chose. However, the most awe-inspiring piece of art she has left behind is her life: Vividly Colorful, Inspirational, Beautiful.

Taylor will be dearly missed by friends and family and we wish to celebrate her life in the brightest of lights as she now flies with the angels.

"I don't mind at all, lean on my pride, I am a lion," -Twenty one pilots
To order memorial trees or send flowers to the family in memory of Taylor Nicole Blair, please visit our flower store.

A luncheon will follow the service at the Windsor Recreation Center.