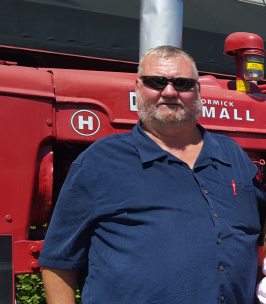 Steven Henry (Night Crawler) Meyer, 60, of Windsor, passed away March 25th, 2021. Steve was born on Friday, November 11th, 1960 to Robert and Janice (Stanley) Meyer. He was raised and lived in Windsor for over 50 years. He attended Windsor High School, married his soulmate, and raised his family there.
At 16, Steve started in construction and became a true craftsman of the trade. He worked as a Construction Superintendent for several companies, including Westec Construction and most recently
Crosslands Construction, where he worked for more than 15 years. In addition, he co-founded
and owned JS Meyer Construction as well as a real estate investment company with his wife
and son, M-5 Ventures INC.

He loved spending time with his family, sharing stories with anyone who would listen, and found peace in the mountains, close to nature and cooler temps. Steve also enjoyed sports and was known for coaching his sons in soccer, basketball, baseball and enjoyed swinging a golf club. It was here where he passed on his values of hard work and dedication not only to his boys but to many of Windsor’s youth.

He was a simple man who enjoyed a quiet Sunday sitting on the porch feeding the neighborhood critters and playing with his dog, Hunter. He took great pride in his work, his family, and his friendships. He worked his entire life to create a better life for his family than he had. In his later years, he enjoyed spending time with his 3 grandchildren, Hayden, Emery, & Grayson, showing an unexpected patient and silly side. He was making plans & looking forward to his retirement years, that he has hoped would offer him more time with his kids and grandkids and allow for some amazing travel adventures with Janet.
Steve is survived by his wife, of 37 years, Janet Meyer of Windsor, CO, son Matt (Jenna) Meyer
of Henderson, NV, son Mike (Ashley) Meyer of Grand Junction, CO; grandchildren Hayden,
Emery, and Grayson; Brother Stan (Amber) Meyer of North Platte, Neb, and Sister Jody Meyer
of Greeley, CO.
He is preceded in death by his parents Robert Meyer and Janice Meyer, and his beloved dog
Hunter.
A Celebration of Life will be held for Steve at 2:00 P.M. April 9th, 2021 , at Timberline Church - Windsor, 360 Crossroads Blvd, Windsor, Co. due to COVID Mask and Social Distance is required.
Online condolence may be at www.markfuneralservice.com

To order memorial trees or send flowers to the family in memory of Steven H Meyer, please visit our flower store.