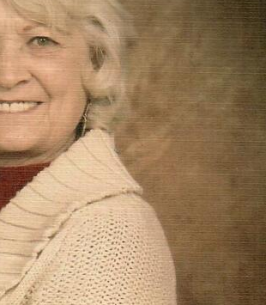 Sonia “Soni” L. (Anderson) Etl, of Merino, Colorado passed away January 30, 2019, in Fort Collins after a long battle with cancer.

Soni graduated from Haxtun High School in 1955. She married Herman “Dick” Etl in October of 1955. They lived in Fleming, Sterling, Goodland Kan., and Greeley before buying a home in Windsor in 1966 with their two young boys, Rick and Rob. They enjoyed weekends boating and water skiing on Windsor Lake. She attended AIMS Community College before a career in accounting and partnerships in several business ventures. After the passing of Dick in 2007, she married Ed Lechman in 2010. Throughout the years she has enjoyed many years of boating, sewing, puzzles, being outdoors, dinner theater, and travel as well as spending time with family and friends. She was an active member at Saint Anthony’s Catholic Church in Sterling. Soni volunteered for the care program for abused children, the Catholic Church, and multiple other organizations throughout the years.

A Memorial Service will be held at St. Anthony’s Catholic Church in Sterling on February 13, 2019 at 11:00 a.m.
In lieu of flowers, memorial donations may be made to Pathways Hospice, 305 Carpenter Road, Fort Collins, CO 80525.

Online condolences may be made at www.marksfuneralservice.com.
To order memorial trees or send flowers to the family in memory of Sonia l Etl, please visit our flower store.