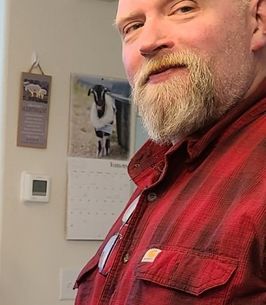 Shawn David Lovelace passed away on January 13, 2022, at Medical Center of the Rockies in Loveland, Colorado.
He is survived by His wife Lee Ann Lawson Lovelace and Daughters, Daniella Lee Lovelace Johnson, Hannah Rose Lovelace Bollinger, Olivia Lovelace, His Mother and Father, Cheryl Lavonne Smith Lovelace and David John Lovelace his sister Michelle Lovelace Breen. His Son -in -laws Thomas Johnson and Kenneth Bollinger and his grandson Theodore Bollinger.
Shawn grew up in Brockway and Dubois, PA. Is an Alum DuBois Area High School. Attended Slippery Rock University in PA.
He and Lee Ann dated while they were in college and then married on November 25th of 1995 in DuBois, PA. They became parents in 1997 with their first daughter Dani, Hannah was soon to follow and then a little surprise Olivia. His daughters meant everything to him. He just became a grandpa to a baby boy Teddy.
Shawn moved his family to Colorado to begin a career in glass at the OI plant in Windsor Colorado, in 2005, and worked there until his untimely death.
Shawn enjoyed smoking meats, tasting the local brewery beer and exotic brews of beer any time, he could. He enjoyed looking at glass bottles to see if they were made at his plant in Windsor. He enjoyed cooking. He enjoyed being with his family any time he could. Shawn was a good father and husband and an excellent provider for his family.
He was the Love of My Life and my best friend! He will never be forgotten; he will live in our memories and our hearts Forever.
Memorial Services will be held for him on January 29th at 2pm at Marks Funeral Home in Windsor, Colorado. The family would love to see anyone that would love to come and celebrate his life with us.
Donations can be made in his name to the Mental Health Foundation in Lieu of Flowers.
To order memorial trees or send flowers to the family in memory of Shawn David Lovelace, please visit our flower store.