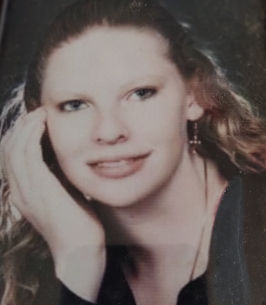 Shantel Renae Burton passed away on March 30, 2022, at the age of 32. She was born on April 1, 1989, to Ron and Beth Burton and graduated high school from Greeley Central High School. Shantel went on to marry William Bruyette on September 22, 2021, and she was blessed with four children. Shantel loved music and norse mythology but her focus was on family and she put her family above all else. Shantel is survived by her parents Ron and Beth Burton, husband William Bruyette, her children; Nevaeh Lynette, Alexander James, Shonda Ray, and Michael David and her sister, Shira Kay Martinez. Shantel was preceded in death by her sister Trina Beth Verdick and grandparents; Mr. and Mrs. Duane Burton and Mr.
and Mrs. Larry Miller. Her husband William drove up from Brighton Colorado to Greeley Colorado Within the first 24 hours she reached out and asked me (William) to take her to the ER From that time on I helped her with everything. When I drove here and parked my car within 50 feet of her front door the radiator blew and there my car sat. When I (mother) found out I was pregnant with Shantel we had just gotten back from her great grand parent's 65th-anniversary party which was in the Dalles, Oregon. We traveled there by train and the trip took us two days. We were in Oregon for three days and rode back on the train for three days with two kids 10 and 10 months. While on the way back I was so sick I could hardly eat and the motion of the train didn’t help. About a week later we found out we came home with more baggage than we left with. We were going to stop with two children so the fact that we were expecting again was a Boo Boo. After she was born for the first year when she was hungry she would growl instead of cry so her nickname was “Boo Boo Bear”. She seemed to have a sixth sense about things that happen to people she cared about. When her nephew graduated high school Dunkin Donuts was giving away donuts to every graduate. She told her nephew not to go and he listened to her and stayed home. When his friends went down to Denver where the closest Dunkin Donuts was at the time they were pulled over and arrested for things they were doing in the car, and because her nephew listened to her he was really A-Ok.When all three girls where little, we lived in a home with large trees and many bushes all the way around. In the evenings, the girls ad I would go out and sit on the front porch and one night a large brown bunny hopped out from under the bushes. Trina ran in the house and brought back several carrots and we where able to feed this beautiful rabbit. It came back every night so we named it Abot. Abot came around every nigh around the same-time. So we had gone to the store where Shantel told me we need carrots and apples, So I asked her why we needed these things and she stated there for Abot. So to say the lest we came home with our groceries and the apples and carrots. For several weeks Abot showed up every night and we feed him, and one night Abot didn't show up for around two weeks. Then Abot showed up but was very skinny, Then a week later out from the bush Abot came out of the bush with FOUR tiny bunnies. So needless to say Abot became Abigale. Bingo.
To order memorial trees or send flowers to the family in memory of Shantel Renae Burton, please visit our flower store.