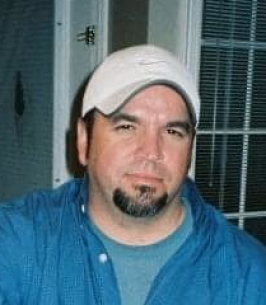 Scotty (Scott) Lee Heidleberg, 49 years old, of Windsor, passed away February 6, 2021 at Pathways Hospice Care Center in Loveland, CO. Scott was born on June 28, 1971 in Dallas, Texas. His parents were Arthur and Elaine Heidleberg. He met a special young lady named Alisa Fadenrecht back in 1995 at the Grizzly Rose which was a hot spot for Country Music Concerts and Line Dancing. They started dating and were married on April 25, 1998 at the Rockland Community Church near the Genesee Park area in Golden, CO. Scott and Alisa had quite the adventure of living in different locations. They lived for a little while in Georgetown, Lakewood, Stratton, Yuma and Burlington Colorado towns. While in Eastern Colorado Scott went to NJC and got his associate degree in criminal justice. After getting certified as a policeman they lived in Benkelman, NB while Scott was a Police Officer. Unfortunately, he fractured his leg while performing his law enforcement job chasing a criminal. Because of the rough injury, He left his position as an officer and then they moved back to Colorado and he began doing construction work and then became a truck driver for a construction company. They were in the Fort Collins area for a while, Severance, and then moved to Windsor in 2004.

Through the years Scott enjoyed being active with swimming, skiing, boxing, and other activities. He liked watching Nascar racing and loved going to Bandimere Speedway to see drag racing action on Thunder Mountain. Scott had a funny sense of humor and really enjoyed having super bowl parties and barbeques, watching baseball and football games and always had the Dallas Cowboys as his favorite team because he was born and raised in Texas.

Scott and Alisa were blessed by God with three precious children: Brianna, Shelby and Seth. Scott had some health issues that impacted his physical body and sent him into hospice care. When he died on February 6, 2021 his soul and spirit departed from his physical body and entered into the presence of God in Heaven. Scott had taken a step of faith and asked Jesus into his life some years ago so he could have a relationship with the Lord. His body, which was his temporary tent, was cremated, and will stay here on this earth until the second coming of the Lord Jesus Christ. When Jesus returns, Scott’s body of ashes will be transformed from being dead and the Lord will reunite his soul and spirit with his resurrected body. God’s Word expresses this truth in 1 Thessalonians 4:13-18 so that we can have the hope of seeing loved ones again if we have trusted in Jesus as our Lord and Savior. Thank you for your thoughts and prayers to comfort the hearts of his surviving family: His parents, Arthur and Elaine, his wife Alisa, and his children Brianna, Shelby and Seth.

There will be a Life Celebration Service on Saturday, February 27 at 2:00 pm at Foundations Church, 1159 Main Street, Windsor, Colorado. IN LIEU OF FLOWERS, please consider supporting the family by giving a donation to the Scott Heidleberg Memorial Fund in care of Marks Funeral and Cremation Service, 9293 Eastman Park Drive, Windsor, CO 80550.

To order memorial trees or send flowers to the family in memory of Scotty Lee Heidleberg, please visit our flower store.

Life Celebration Service on Saturday February 27, 2021 at 2:00 pm at Foundations Church in Windsor and that is on the obit as well as asking people asking Memorial Contributions go to support the family.