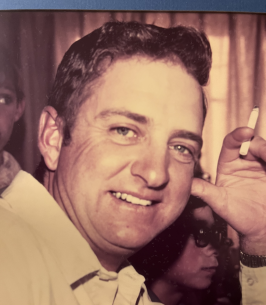 Samuel Homer Ray, age 86, passed away on Tuesday, March 29th, 2022. Sam was born November 23rd, 1935 to Winifred and Homer Ray. Sam met the light of his life, Carla Fliniau, of Walden, Colorado at the age of 15 and they went on their first date in 1952. Sam enlisted in the United States Army and served four years, including time in the Korean War and was active in the VFW. Upon Sam's return from Korea, he married Carla and they would have three sons together. Sam and Carla would be celebrating 71 years together this year.

Sam lived the American dream as a longtime rancher and cattleman in North Park, Colorado until he and Carla retired to Fort Collins in 2006.

He is preceded in death by his wife Carla Ray, and is survived by their children, Dale Ray, Greg and Janet Ray, and Sammy Ray, along with his grandchildren and great grandchildren.

Sam was known for his wit, sense of humor, and his charm, always winning over anyone he encountered. His lighthearted spirit, jokes, and storytelling will be greatly missed.

Per Sam's wishes, there will not be any services held in his remembrance outside of the spreading of his ashes by his family during North Park’s rodeo season.

To order memorial trees or send flowers to the family in memory of Samuel Ray, please visit our flower store.