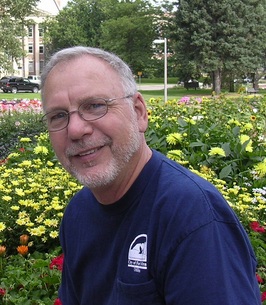 Ronald Clabe Hoffman, 75, passed away peacefully on December 21, 2018, in Windsor, Colorado.
He was born in Claremore, Oklahoma to Clabe and Blanche (Moore) Hoffman on August 23, 1943. He grew up on a farm outside of Claremore with his brothers, Gerald, Jim, Richard, and Jack, and his sister Sue. Ron attended school in the Claremore area, and graduated from Catoosa High School in 1961. He was a card-carrying member of the Cherokee Nation.
He married Carol (Hickey) on July 10, 1964 in Claremore, Oklahoma. Ron and Carol lived in Nevada, where he worked for Seismograph Service Corp at the Nevada Test Site. They moved to West Virginia, then to Florida, where Ron worked for Trans World Airlines based at the Kennedy Space Center. He also worked for TWA in Missouri and in California, before settling in Golden, Colorado in 1971, where he was employed as an electrician for Adolph Coors Company. In 1979, he took a job with the City of Fort Collins, from which he retired in 2009.
Ron and Carol raised four children together; Kymberly, Robyn, Natalye, and Christopher. They celebrated their 50th wedding anniversary in July of 2014, surrounded by family and friends. Ron loved helping people and never hesitated to chip in when a project needed to be done. He and Carol also owned and operated Frontier Glove, a well-known and loved business throughout northern Colorado.
He loved hiking and fishing, and especially loved sharing these passions with his children and grandchildren. Ron was a member of First Christian Church in Windsor. He enjoyed his greenhouse, spending time with family and friends, and rooting for the Broncos.
Ron is preceded in death by his parents, and sibling Jack.
He is survived by his wife, Carol Hoffman of Windsor, Colorado; children Kym (Shawn) Chriswell of Coral Springs, Florida; Robyn (Bob) Clark of Magnolia, Texas, Natalye Hoffman, and Chris Hoffman (Raven Tucker) of Windsor, Colorado, and three grandchildren; Meagan Chriswell, Liam Chriswell, and Erynn Chriswell.
A celebration of Ron’s life will take place on a future date. Memorial contributions may be made to the Tennyson Center for Children. https://www.tennysoncenter.org/donate/
To order memorial trees or send flowers to the family in memory of Ronald Clabe Hoffman, please visit our flower store.