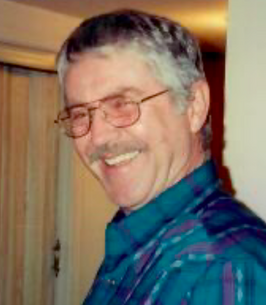 Rodney Kent Lemmon peacefully passed away on January 3, 2021 at home with family around him. He was born September 9, 1947, in Holdrege, Nebraska to Donald H. and Ruth L. (Allender) Lemmon of Wilsonville, Nebraska. He was raised to love the farming lifestyle and after living in Nebraska, Idaho, and Kansas, his family settled on a farm in the Berthoud area. He had several jobs as a child including mowing lawns, growing squash, and his assigned farm chores. He attended Berthoud schools, graduating in 1965. After a few years to CSU working in the school’s dairy before classes each day, he realized that his heart was still in farming. He moved to an old farmstead outside of Strasburg, Colorado for several years before moving on to a varied career path that included serving in the Army Reserves for 6 years and being honorably discharged in November, 1973. He drove a cement truck until business slowed down, then he taught himself how to trim trees as a side job. He and his prankster cousins started their own tree trimming service. Many great stories came out of that association. He then moved on to a job as a feed salesman which eventually led to him starting Poudre Feed in the 1970s. Over the road trucking came next – first hauling oilfield pipe as an owner operator and then on to Wal-Mart’s Private Fleet in Loveland. He retired from Wal-Mart in 2012 after 17 years and more than a million miles of safe driving.
Rod enjoyed hunting as a boy on the farm but later in life he found the joy of just observing nature. He cherished his fishing trips with his buddies more for the companionship than the actual catch.
He married Barbara Stoms Henderson in Fort Collins, on November 14, 1987 and they remained true life partners and best friends until his death. They found great joy in having time with their children and grandchildren, spending time with their beloved dogs and puttering around their acreage.
In addition to his wife, he leaves behind his children; son Shawn (and Tanya) Henderson of Wellington, Colorado; son Kirk Henderson of Fort Collins, Colorado; daughter Susan (and Jason) Micallef of Escondido, California; grandchildren Will and Regan Henderson and Jared Micallef. Also survived by his sister Donna (and John) Hunter of Myrtle Creek, Oregon; nieces Jonna Becker and Amy Sailer; nephews Jason Hunter and Corey Sailer and many extended family members and good friends.
Cremation has taken place. At this time there are no plans for a memorial service. If you wish to make a memorial contribution, please donate to a charity of your choice.
To order memorial trees or send flowers to the family in memory of Rodney Lemmon, please visit our flower store.