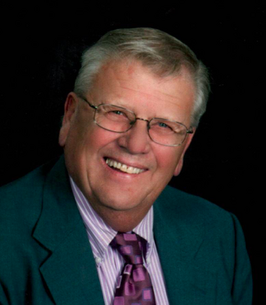 Robert V. Schneider passed away October 19, 2020, in Windsor. He was born October 19, 1940 in Greeley, Colorado to Victor and Margerethe (Wilken) Schneider.

Robert married Carol Ann Morey on December 22, 1962 They remained happily married until her death on January 29, 1998. They were married at Our Savior’s Lutheran Church in Greeley, Colorado.
Mr. Schneider lived in Greeley for most of his life; also spending time in Chicago, from 1960-1965; and Windsor since 2000.

He graduated from Windsor High School in 1958 and completed some college at the University of Colorado.
Upon his return from Chicago, he joined his father and brothers in running Schneider Farms in Greeley. Bob was in charge of and ran the dairy farm. After retiring from farming, he worked at Quizno’s in Greeley and Fort Collins and drove an airport shuttle for a few years.

Bob was an avid reader, enjoyed word puzzles, loved watching the Denver Nuggets, theater productions, and opera, but there was nothing he loved more than being called GRANDPA.

Bob was a lifelong member of Our Savior’s Lutheran Church where he met his wife Carol when they were teenagers. Bob was on the Greeley/Loveland Ditch Board and was active in the local Farm Bureau. He participated in Weld County 4-H as a volunteer and leader. He was also a long-time member of the Windsor Severance Library board and participated with the Trailwood Homeowners Association.

No services or celebrations are planned at this time. He will be interred at the columbarium with his wife of 35 years, Carol Ann Morey, at Our Savior’s Lutheran Church in Greeley. If you would like to donate in his name, please consider the Windsor Severance Library, Alzheimer’s Association or the MS Society.

Online condolences may be made at www.marksfuneralservice.com.
To order memorial trees or send flowers to the family in memory of Robert V Schneider, please visit our flower store.