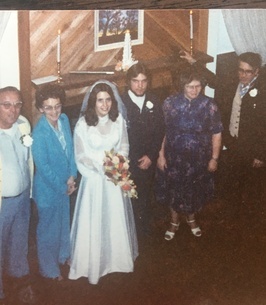 Bob married Jan Halboth in January 1955 and had five children; Vickie, Diana, Susan, Christine and Bobby. After their divorce, he married Lois Ruff. He became stepfather to her two children, Chris and Liesa and together they had one child, Cathy. After Lois’s death, he married Darlene Webb and they were married for 16 years.

Bob held many jobs in his life including 7UP delivery/salesman, Clover Club Foods salesman/sales manager, car salesman, truck driver, a tow company dispatcher and pharmaceuticals delivery man. He loved, loved, loved to drive... his last driving love being his red scooter, which he called his “Cadillac”.

Bob and Lois were married almost 30 years and they were best friends. In their younger days, they loved going dancing at the Safari Club, camping in the mountains, and watching college football and their beloved Broncos. During their marriage they lived in Greeley, Roy and Bountiful, Utah, Phoenix, Arizona, Ault, and finally Las Vegas, Nevada. Anyone who ever met him in his later years knew that he loved and missed her every day. He grieved her loss in April of 1999 up to the day he passed himself.

Bob is preceded in death by the love of his life, Lois, son Robert Jr., daughter Christine, his parents, two brothers, a sister and a great-grandchild.

Very special thanks to the staff at Brookdale Senior Living and Canyon Home & Hospice for your loving and generous treatment of Dad and of us. You are all true angels.

In lieu of flowers memorial contributions may be made to the Alzheimer's Association in care of Marks Funeral & Cremation Service, 9293 Eastman Park Drive, Windsor, Colorado 80550
To order memorial trees or send flowers to the family in memory of Bob Nickle, please visit our flower store.