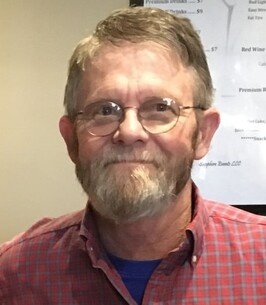 Robert (Bob) Louis Kluck, age 70, passed away on December 19, 2020. He was born on December 5, 1950 in Denver, Colorado to Edmund and Maxine Kluck. Bob was raised in the Cherry Creek area with his older sister Patty. While attending Machebeuf High School, he met Sue, the love of his life. Bob’s family moved to Boulder and he graduated from Fairview High School in 1969.

Bob held several jobs after high school, including taking care of the grounds at the University of Colorado, working in the loan department at Central Bank, CTI Nuclear, and then serving at Kodak as a Structural Mechanic for 30 years. In addition to his career, Bob enjoyed fishing, hunting, building, and restoring his 1970 Chevy pickup. He demonstrated his craftmanship through his wood and metal work by making countless pieces of furniture and two full-size stagecoaches. He regularly impressed others with his God-given talents, especially the police officer who suspected him of poaching when he pulled him over for having several pairs of wood antlers (that he built) in the back of his pickup.

Although Bob had a lot to be proud of, he consistently remained humble. If asked, he would say that his proudest accomplishment was his family. His love and loyalty were evident in his 49-year marriage to Sue. He frequently referred to her as his angel and loved her well. Together, they raised four children. Bob was an involved Dad who attended every event and played with his kids, never out of obligation, but because of his deep love for his family. Bob found immeasurable joy in his eight grandchildren. He was often seen on the sidelines of their sporting events and various activities.

Bob will be remembered for his kind, gentle spirit who loved to harass the ones he loved with practical jokes. Throughout his life, he never doubted who his Creator was and is now in His loving arms for all eternity.
Bob was preceded in death by his parents Edmund and Maxine Kluck.

A viewing will be held on Wednesday, December 30 at 10:00 am, followed by a funeral at 11:00 am at Foundations Church, 1159 Main Street, Windsor. IN LIEU FLOWERS, donations may be made to the tuition assistance program at Resurrection Christian School. A livestream from Foundations Church will be available at LIVE.FOUNDATIONSCHURCH.ORG

Online Condolences may be made at www.marksfuneralservice.com.

To order memorial trees or send flowers to the family in memory of Bob Kluck, please visit our flower store.

Due to COVID-19 Face mask are required at all times and there will be limitation on seating. You may Live stream the service at LIVE.FOUNDATIONSCHURCH.ORG