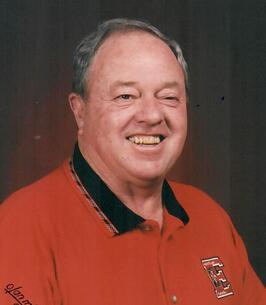 Robert (Bob) Harold Dorsey passed away on Friday, June 21, 2019 surrounded by his wife and children at his home in Eaton, Colorado.  He was born in Greeley, Colorado on August 15, 1935 to Alvin Sr. and Louise Dorsey.  He was 83 years old.  On February 8, 1962, he married Barbara Jean Chenoweth.  Bob and Barbara lived in Weld County all their married life and where they farmed and ran cattle south and east of Eaton for 26 years.  In 1988 Bob went to work for the Eaton School District where he was the Director of Transportation and Food Services. To everyone at the school he was known as “grandpa Bob”.  There he always made sure everyone felt loved, was fed and sometimes they even got a cookie!  He retired in 2006, however, he continued to substitute teach and was normally seen at every home game taking tickets.  He also enjoyed a great life of watching his grandchildren pursue their life and love of the livestock industry.
The Dorsey’s have three children. Son Mark Dorsey whom has a son Micah Dorsey and wife Shayna (Dunlap) who have two boys Kutter and Kaystn, and live in Shallowater, TX.   Mackenzi (Dorsey) Grauer and husband John Grauer who have two boys Weston and Lawson and live in Shiloh, Ohio.  Daughter Erin Dorsey who lives in Eaton, Colorado.  Son Dustin Dorsey and wife Kim (Lind) Dorsey who have a daughter Taylor Dorsey and live in Eaton Colorado.
He is survived by his brother Alvin Dorsey Jr. and wife Judy of Eaton, Colorado.   Margaret (Peg) Riley (Dorsey) and husband Kevin Riley (deceased) of Eaton, Colorado and several nieces and nephews
Special thank you to the Lydia Mares Family for their help and support caring for Bob during his time of illness.


Robert (Bob) Dorsey Memorial
All proceeds towards the Robert Dorsey Memorial will benefit the National Western Catch-A-Calf program.  He won in the CAC show in 1950 and believed in the program and giving youth a chance in having a livestock project.

To order memorial trees or send flowers to the family in memory of Robert Harold Dorsey, please visit our flower store.