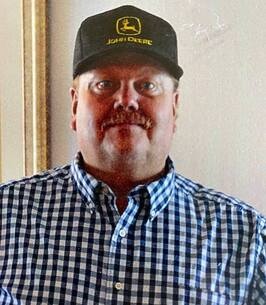 Ricky Eugene Roth, 60, passed away from a short illness at his home in Pierce, CO. He was born to Roy and Ruby (Blehm) Roth in Ft Collins, Colorado. Rick attended schools at Timnath, Pierce and Windsor, graduating from Windsor High school in 1978. Rick attended Aims Community College where he acquired his Welding Certificate. Everyone knew Rick by his infectious laugh, generosity, a great mechanic & welder, and his legendary, two-toned green pick-up truck, aka Mean Green! He took great pride in putting on the sharpest wheels and loudest muffler he could... that truck always shined and left it's imprint on Main Street in Windsor, D Block in Greeley and College Avenue in Fort Collins! He had a love for the farm life, being raised on the farm, he began driving tractors, trucks and operating farm equipment at an early age, he helped his father and older brother, Rodney, on the family farm. Ricky was an expert at mixing and planting corn seed that produced the most delicious peaches and cream sweet corn! One of Ricky's favorite farm animals were Mallard Ducks, he loved those beautiful birds with their green heads... and no surprise there, his favorite color was green, John Deere green to be exact!
Ricky always had a love for John Deere tractors and had worked at all 3 local Colorado John Deere Implement dealers, including Greenline Power, Fort Collins, Bi-State Machinery, Greeley , Long’s Peak Equipment, Longmont. Ricky also worked for Syngenta Seed Incorporated, Longmont, Classic Tractors with his longtime friend, Stan Heinze, Ault and he also had his own business called Roth Mechanic/Fabrication, Pierce .
Rick loved to bowl, and nothing dare get in the way of his bowling nights! He bowled on two different leagues: Thursday nights at The Summit in Windsor and Saturday nights at Sweetheart Lanes in Loveland, he also bowled on a league at Highland Park Lanes in Greeley for several years. His bowling friends were very special to him and he was very special to them as well. He bowled his best game ever this past season, his high score was 228! The ultimate love of his life was his son, Klay, they had such a very wonderful and close relationship. Rick was a great father, brother, friend and Klay's hero.

Face mask must be worn along with social distancing.

A private family inurnment will be held.