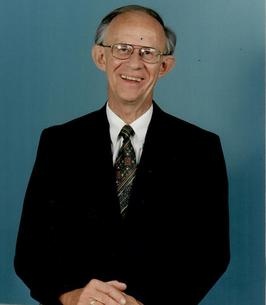 Richard (Dick) Martin Peterson, a pharmacist, went to be with his Lord on April 9, 2019 at the age of 83 at Medical Center of the Rockies in Loveland, CO.

Dick was born August 10th, 1935 at Douglas County Hospital in Alexandria, MN to Clifford and Mabel Peterson. He attended Bethel College in 1953-1954 and graduated from Pharmacy School Fargo North Dakota Agricultural College in 1957. He was employed at Central Pharmacy in Minot, ND for one year and returned to the family owned Peterson Drug Store in Alexandria, MN. He married the love of his life, Phyllis Seibel, a registered nurse, of Harvey, ND on July 2nd, 1961. That same year he joined the National Guard and was trained in Fort Leonard Wood and Fort Ord, CA. In 1981, moved the family to Fort Collins, CO and retired from his pharmacy career at Walgreens after 15 years. In 2014 he and Phyllis moved to Windsor, CO to be closer to family.

He was a loving husband, father and devoted to his Christian faith. He had a deep appreciation of music, was an accomplished pianist. He was also involved in directing church choirs, played in the marching band as well as played the bassoon, clarinet, and organ. He also sang in Barbershop, various vocal quartets and trios.

He was raised in the Swedish Baptist Church, involved with International Students Incorporated and English as a Second Language. He volunteered at the Fort Collins Welcome Center, PVH Hospital, crossing guard and assisted seniors driving for Saints.

Many Minnesota summers were spent at the family cottage on the lake boating and fishing. He also enjoyed camping, but mostly enjoyed spending time with family and friends.

A celebration of life service will be held at 11:00 a.m. on Monday, April 15th at the Evangelical Free Church of Windsor, CO at 700 Pine Drive. Pastor Rodney Carlson will officiate. Memorial contributions may be made to Samaritan’s Purse and International Students Incorporated.

Online condolences may be made at www.marksfuneralservice.com.
To order memorial trees or send flowers to the family in memory of Richard Martin Peterson, please visit our flower store.