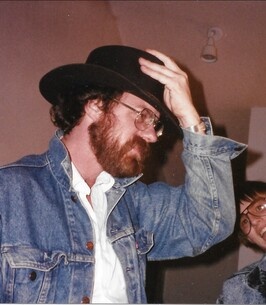 Richard G McDonald, age 64, a long-time resident of Windsor, Colorado, passed away on November 15th 2021.
Rich was born in South Dakota however called Colorado home for most of his life. He graduated from Loveland High and started a career at Kodak (Carestream).

In his downtime, Rich would enjoy fishing and camping but nothing was better than a day at home working on odds and ends at the house with his two favorite “helpers”, his grandchildren Brittany and Benjamin.
Everyone that knew Rich would quickly call him a friend. Rich loved his family, he was a devoted husband, father, Papa, and brother. There are no words on how much he will be missed.

His Sisters Mavis Kajfosz (Donald Kajfoza) and Margaret Ferguson, and loving brother Neal McDonald (Lois McDonald), along with many loving Nieces and Nephews.

Gather in small groups, raise your glasses hight, and wish him Godspeed.
To order memorial trees or send flowers to the family in memory of Richard G McDonald, please visit our flower store.