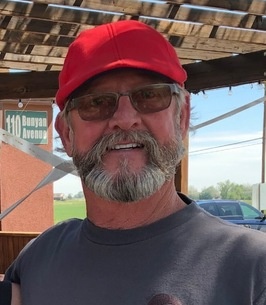 He was born August 23, 1955, in Loup City, Nebraska, to Eugene and Neva (Kerns) Collins. He passed away unexpectedly on November 20, 2020 at Medical Center of the Rockies in Loveland.

In Randy’s young life, the Collins family lived in Loup City, Gold Hill, Colo., and Alliance, Neb. before permanently settling in Mitchell, Neb. Randy grew up in Mitchell and graduated from Mitchell High School in 1973. He was a talented mechanic who could literally fix any vehicle. Randy and Debi purchased an automotive shop in Scottsbluff and operated as Collins Auto Service until they sold it. He was an accomplished race car driver who won many trophies and a season championship. One of the highlights of his life was when, Randy, Larry, Tom, Rick, and Cheryl formed the Collins Family Singers. They traveled throughout Colorado, Wyoming, and Nebraska singing in churches and spreading the Gospel.

Randy, Debi, Eric, and Genna lived in the Scottsbluff/Mitchell area unitl 1996 when they moved to Fort Collins. Randy and Debi moved to Severance in 2004. Randy owned his own auto repair business in Fort Collins for a time. Recently, Randy was employed at Truck City in Greeley as a service writer.

Randy was preceded in death by his parents, Eugene and Neva Collins.

His passion was riding his Harley with Debi. Randy was a kind, gentle, loving man who would do anything for his kids. His primary goal in life was to make Debi as happy as she could possibly be. He was funny and always had many jokes in his repertoire! He made an impression on everyone he met with his wit and easygoing, friendly personality. Even though he was diagnosed with Rheumatoid Arthritis in his 20s and had chronic pain all of his life, he never complained. Most importantly Randy was a born again believer in Jesus.

There will be no services at this time. A celebration of life will be held next year in Nebraska when the weather warms.

Online condolences may be made at www.marksfuneralservice.com.
To order memorial trees or send flowers to the family in memory of Randall Ray Collins, please visit our flower store.