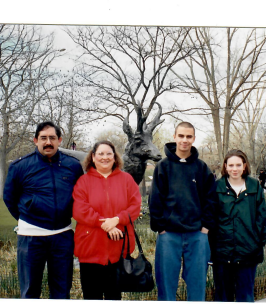 Ned Steven Lucero of Windsor passed away on October 10, 2021, surrounded by family. Steve, born in Greeley and graduate of Windsor High School, was a lover of all things music, a sports enthusiast and, for most of his life, an athlete. Steve’s eclectic music collection was immense and he loved music of all genres! Steve was a life-long Bronco-fan, an Olympics super-fan and he was unbeatable on the volleyball court. Whether shoulder-dancing to a Tina Turner classic, loudly cheering the Broncos from the couch, teaching his nephews or nieces some new athletic feat or making an aggressive move in a game of aggravation; Steve will always be remembered for the love and laughter he brought to everyone around him. Steve was an organ donor, in death he was able to donate his eyes, tissue and skin; demonstrating his immense kindness and consideration of others even after his passing. Steve is survived by his sisters Brenda Holland of Windsor, Sandra Brown of Fort Collins and Glenda Skogg (and her husband Steve Wiley) of Albuquerque; and his nephews Jeramie Skogg of Westminster, Scott Brown of Fort Collins, Angel Bice of Windsor and niece Makayla Brown of Greeley. Steve was preceded in death by his parents Beatrice and Ned Lucero and his identical twin Richard. Funeral Services will be held at Faith Church of Windsor on Saturday, October 16th at 10:30am. The family is requesting that in lieu of flowers, those who wish to so make a donation to the American Liver Foundation.
To order memorial trees or send flowers to the family in memory of Ned Steven Lucero, please visit our flower store.