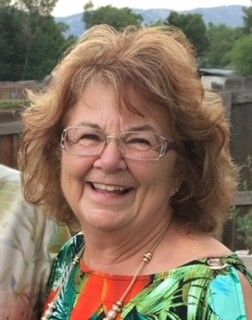 Nancy Diane (Hoover) Bloser, 72, peacefully ascended on the morning of August 2, 2022 at home
surrounded by family.
Born August 7, 1949, Nancy was raised in Lincoln Park, Michigan, and graduated from Lincoln Park HS in
1967. She was the first in her family to attend college and earned her BA in Education from the
University of Michigan in 1971. She focused her studies on education for gifted children and
subsequently taught elementary school in both the Pinckney School District (MI) and Poudre R-1 School
District (CO). After moving to Colorado with her former spouse, Ken Katona, Nancy had her first two
children, Sean and Amanda, and met two life-long friends, Ann and Sandy. On May 18, 1980, she
married her husband Charles Bloser, and they briefly lived in Michigan before traveling the country in an
RV together with Sean and Amanda. They moved to Hillsboro, Oregon, where she had their daughters
Tracey and Joy and then relocated to Barrington, IL, for five years (or as she would say “four years and
352 days”) and had her second son, Aaron. Having missed the sun and the mountains, she moved her
family to Colorado in 1989 to live in Fort Collins and later Windsor.
Known to many as an extraordinary light worker, Nancy’s true passion in life was helping others. She
was a gifted astrologer, tarot card reader, and self-described “casual mystic”, performing energetic
house clearings under the moniker “The Suburban Ghostbuster” (read her blog!). She was a lifelong
student of metaphysics and shared that passion with friends, family, and strangers alike. It was not
uncommon for her to meet someone in the line at the grocery store and then invite them over for her
trademark psychic reading. Her wry wit, sage advice, piercing honesty, and practical counsel helped
many return home to “clean your closets!” and move forward in life with new clarity. She prayed daily
for World Peace and held space for us all to reach a higher vibration. Nancy was also an avid gardener
and tended to an exquisite perennial flower and fairy garden filled with crystals and rocks collected from
far and wide.
As a mother, she was unlike any other, and raised her children (and many of their friends) not only to
embrace the vibration and energy of the world around them through transcendental thought, but also
to pursue their dreams and goals with courage and care. As a friend, she was incredibly kind, loving,
witty, and good-natured, with an adventurous spirit and welcoming heart. She opened her home to
many, offering refuge, friendship, and unconditional love to each she encountered. And as a wife, she
was a soul mate.
Nancy will be dearly missed by her husband of 42 years, Charles (Chuck) Bloser, her children Sean
Katona, Amanda Katona, Tracey Bloser, Joy Bloser, and Aaron Bloser with his wife Lisa; her two
granddaughters, Brooklyn Katona and Kinsley Bloser; her cousin Jeannette Warren; and her many devoted friends. She will join her dad, John Hoover, two brothers, Gene Hoover
and Dave Parker, and her cousin Rita over the rainbow bridge, leaving her energy and infectious smile to
be felt in every flower, butterfly, and crystal.
The family would like to thank Nancy’s caregivers, Ashley, Katelyn, and Brooke, and Bristol Hospice for
their loving care and compassion.
​
A celebration of life will be held at the Unity Church at 1401 W. Vine in Fort Collins on Saturday,
September 17, at 1:00 PM with a catered reception to follow in Nancy’s garden in Windsor. All are
invited to attend. RSVP for the reception via email to receptionfornancy@gmail.com. In lieu of flowers,
please consider a donation to Dementia Together: dementiatogether.org/give.
To order memorial trees or send flowers to the family in memory of Nancy Bloser, please visit our flower store.