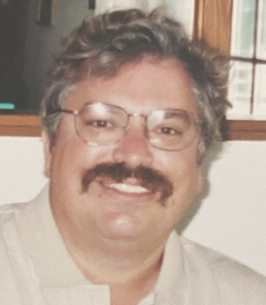 Monte Ray Law passed away with his family by his side on September 12, 2021, in Milliken, Colorado. He was 67.

Monte was born at Elmendorf Air Force Base (Anchorage), in what was then the territory of Alaska, on July 18, 1954. His father, Jack Law, was at that time a radio operator in the U.S. Army and stationed in Anchorage, Alaska, along with his wife Glenna (Short) Law, a homemaker. In 1956, the family returned to Rock Falls, Illinois, where Jack and Glenna were originally from. Gary Law, brother to Monte, joined the family that same year.

Rock Falls would serve as the hometown to the Law family for many years. Monte’s childhood was filled with love of sports, comics, and adventures with friends. His lifetime affection for the New York Yankees, Chicago Bears, and comic books, specifically the work of comic book artist Jack Kirby, began during this period. Prior to graduating from Rock Falls High School in 1972, he was engaged in football, wresting and track, and was a letterman. He also became a bowler and loved to shoot pool at the local pool hall to the chagrin of his mother.

Radicalized by the social, political and cultural changes of the 1960s’ Monte became what could loosely be characterized as a “hippie radical” in his youth. He grew his hair long and embraced the ethos of personal and cultural freedom of the era; he would never really abandon this ethos, no matter the changes in the larger culture as he grew older. These awakenings would also lead him to participating in both the George McGovern campaign for President in 1972 and explorations of the country in his red 1971 VW Super Beetle. Both would become key experiences in family lore, and he would love to reminiscence about the importance and legacy of both serving in that campaign and exploring the country he loved so much. His patriotism was not dogmatic or ideological but simply a love of all the potential and contradictions of American society and culture, and the beauty and variety of the American landscape and people.

After graduation from Rock Falls High School, Monte attended Sauk Valley Community College for two years and then transferred to Illinois State University in Normal, Illinois. Initially pursuing a degree in journalism, he later embraced the study of political and moral philosophy, earning both a Bachelor’s and Master’s Degree in Political Science. His Master’s Thesis remains on the bookshelves of ISU. Monte’s time at ISU would be some of the best years of his life, as he later put it. While there he engaged in campus politics and Democratic party politics and was elected to the Academic Senate and Graduate Senate; served as a Democratic precinct committeeman registering and serving his constituents; was a delegate to the Democratic Party State Convention in 1976, later being invited to and attending the Inauguration of President Jimmy Carter in early 1977; and served in many political campaigns, including Carol Reitan’s run for State Senate in 1976 and 1978. In 1978 he served as the President of the College Democrats of Illinois, a position he would look back upon fondly. He also become an avid bicyclist, utilizing his Schwinn bicycle to get everywhere needed, and advocated for a more bicycle friendly city and campus. Leaving ISU after graduation, he sought work in government with the desire to do a good job for the people.

Also, while attending college, Monte met the love of his life Patricia “Patty” (Webber) Law. They would marry on August 9, 1975 and share a life together. Starting out, the newly married couple resided at Cardinal Court, the married couples’ apartments where friends would gather to discuss politics, philosophy, and culture. When Monte completed his graduate studies in 1978, the couple moved to Chatham, Illinois, and purchased their first family home. In 1984, they purchased the second family home at 46 Mallard Drive, in Chatham, where they would live and raise their boys and acquire many family memories over the course of several decades.
Monte’s professional career began in 1978, with what he would later refer to as “bean counter” work for the Illinois General Assembly, focusing on the budgeting ramifications from the shift in state funded services for the developmentally disabled from public institutions to community-based facilities. In 1979, he went to work for the Illinois Capital Development Board (CDB), which also fell under the jurisdiction of the General Assembly, exploring the budgeting implications of renovating public buildings which were built with asbestos. This work would lead him to the Capital Development Board’s Construction Management Division, which was responsible for the construction of publicly funded building projects, where he was hired as a Project Manager. His career at CDB would last more than three decades, as he retired as a Senior Project Manager in 2012.

When asked what CDB was, Monte would always reply, “we’re the State’s builders.” He loved his work, as it allowed him to travel, operate independently, and engage with various types of projects of importance, whether they be for the Department of Corrections, Natural Resources or at the Capital. Throughout his career, he made many friends, both in the public sector and among those that worked with CDB, whether they be engineers, architects, or contractors, and developed the skills needed to complete a contract on time and as close to the budget as reasonably possible. He embraced the change order as a key part of project management, as he also embraced the lunch time meeting and golf outing as a place to work things out and find solutions. Starting out, it was rare for someone with his educational background to be a project manager, at the end of his career it was unheard of, as construction management became the de facto educational requirement for that work.
The majority of his time in public service was spent under the administration of Republican governors and divided government in the General Assembly; however, the last decade was under Democratic governors and eventually one party rule in the General Assembly; and while he was always a Democratic leaning voter, he never failed to acknowledge the fundamental difference in governing and administration of his agency in the last decade of his service.

The move to Chatham after college also brought about fundamental change in his personal life. While he had been engaged in party politics and campus politics in college, his participation in elections ended within a few years of his arrival to the Springfield political scene. Having fundamental disagreements with the standard operating procedures of party politics of the day, he left that work behind and focused on family, faith, community, and his professional career. His search for the “good life,” as understood by the moral and political philosophers he had studied in college, and his growing faith, were key ingredients in this personal transformation.

Monte and Pat were blessed to have three sons, Justin, Andrew, and Jordan, and became involved in their lives as fully as possible. Along with his wife, he joined the Chatham United Methodist Church, where he would attend and serve with for the rest of his life, and where his sons would also attend and be brought up as Christians. His deep faith to serve lead him to go on missionary trips to Mississippi and Louisiana, post Katrina, and these trips were especially important to him, as was his service with the United Methodist Men and his many years on the church finance committee. Also, he became involved with the Chatham Kiwanis, enjoying his work immensely at the annual Pancake and Sausage Breakfast as cook; and the Friends in Deed charity, delivering food during the Christmas holidays, which his family and friends were engaged with for many years, and for which they continue to be; and also the Chatham Planning Commission, engaging in public service for many years while passing down the importance of this work to his sons.

As his boys grew, he became a coach and reliable attendee to all their sporting events, a Scout Master with the Boy Scouts chaperoning and planning numerous trips, and a planner and participant in many family trips, reunions, and vacations. Sunday dinners, watching old movies or going to “the show” with the family, World Series games, Superbowl and regular season Bears games were times he enjoyed immensely. He passed down a love of music, in particular the music of his youth, to his boys, who were blessed with receiving the music of the Beatles, Beach Boys, James Gang, Elton John, Neil Young, Lynyrd Skynyrd, the Ozark Mountain Daredevils, Fleetwood Mac and the Eagles, for example, as gifts. His demeanor, laughter, encouragement, and general happiness became legendary in the circles he traveled in and will be remembered and treasured by those that knew him.

His other pursuits as an adult were mastering the art of golf; and while he didn’t become as good as his hero Jack Nicklaus, he was able to shoot a Hole in One at Pasfield Golf Course in Springfield. This event would be forever in family lore, with the memory carried on in his nephew John Podeyn, who was his caddy that day. He also sought out, and was known, for locating every “hole in wall” shop or distributer of home-made goods and goodies, no matter where he was. A lover of people, it was always remarkable that without fail he would run into someone he knew, no mater the location, or make a new friend, seeking them out upon his return.

In retirement, Monte was blessed to have the affection and care of his wife Pat, and his sons Justin (wife Rachel), Andrew (granddaughters Alexandra and Isabella), and Jordan, along with the rest of his family. His circle of family and friends was always expanding and never really ended. At the time of his passing, he was with his wife and sons, his daughter in law Rachel, nephew Nicholas Blanco, and granddaughters Alexandra and Isabella. And while the shock and pain from his passing was deep, his undying love and affection filled the hearts of the family and all that knew him. May he continue to look down upon us in serenity and joy.

His memorial service will be held at the Chatham United Methodist Church in Chatham, Illinois on October 23, 2021 at 2:30 PM, with the Reverend Miriam Snider officiating. Family and friends are encouraged to come and celebrate his memory. Monetary gifts and service time can be donated to the Chatham United Methodist Church or service organizations in his name as desired.

Online condolences may be made at www.marksfuneralservice.com.
To order memorial trees or send flowers to the family in memory of Monte Ray Law, please visit our flower store.