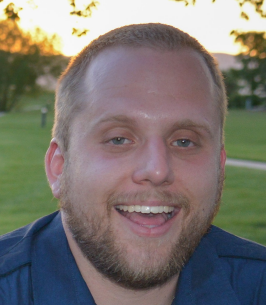 Michael David Agnew, 30, of Windsor, Colorado passed away August 4 th, 2021. Michael was born July 6, 1991 in Lincoln, Nebraska to David William Agnew and Jacqueline Ann Haldiman Agnew. Michael and his family moved to Windsor from Lincoln in 2007.

He was a graduate of Fossil Ridge High School in 2009. He lettered in Varsity football and wrestling. After graduating from Fossil Ridge he earned his Certificate as a Certified Nursing Assistant (CNA) and was employed at Spring Creek Healthcare in Fort Collins, Colorado. Additionally, he was passionate about welding, earning several certificates from Front Range Community College.

In the past three years, Mike was employed at Billy Goat Moving Company, working his way to lead coordinator. He enjoyed his co-workers and the strenuous work that come along with this type of work.

His hobbies included hiking, fishing, camping and motorcycle riding. Mikey was a member of the NOCO Bike Club where he had good friends and riding partners that helped him ride safely and learn the sport.

Memorial donations and assistance in this time of need may be made at: https://www.redeemerconnect.com/care-support/care-ministries/detail/id/7

To order memorial trees or send flowers to the family in memory of Michael David Agnew, please visit our flower store.