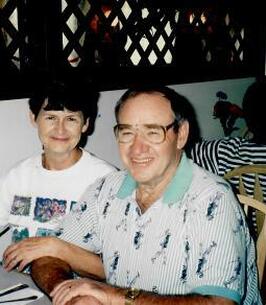 Dedrick, G Maynard
February 5, 1932-May 15, 2019
Maynard was proceeded in death by parents, Grace and Guy, brothers, Paul and Jack , sister Annabel and
step grand daughter Cara. He is survived by his wife Betty, son Steve (Patti), daughter Denise and step
grand children Jake and Kelsie. He served in the Air Force from 1951-1955. He then worked for Western
Electric and retired from AT&T in 1989. He enjoyed his retirement playing golf, bicycling, volunteering
and traveling the world with his wife Betty of 64 years. He suffered from Dementia & Parkinson's
which eventually took his life. Special thanks to Pathways Hospice.
To order memorial trees or send flowers to the family in memory of Maynard G. Dedrick, please visit our flower store.