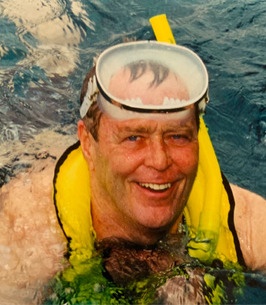 Joe grew up in Englewood, Colorado, and attended Mullen Christian Brothers’ High School and Regis College. He enlisted in the United States Navy and trained as a Medic. He was then transferred to the Marine Corps where he also served as a Medic. When the Vietnam war started, his service was extended. He was honorably discharged in 1966. After the service, Joe worked for three years as a furniture salesman in Ohio. He then returned to Denver and attended Front Range Community College where he studied Business Management.

Joe and Patty moved to Windsor in 1968 where he opened Camelot Cleaners on Main Street while attending AIMS Community College. Later, Joe opened 13 more branches of Camelot Cleaners in Denver and Northern Colorado. Back when the Broncos’ preseason practices were held in Greeley, the team uniforms were cleaned by Camelot.. Joe had a “clean room” installed at Camelot where he processed uniforms and plastic film cartridges for Kodak to assure they were free of particulate matter, a critical requirement in the film and x-ray production rooms. After 25 years, Joe sold all of his businesses.

Joe also helped family members get into business. He opened the Billiger Liquor store in Windsor which he later turned over to his parents. He helped his daughter, Amy, open a dry cleaning business in Fort Collins. He assisted his son, Sean, in setting up what is now Pike’s Auto Care on Main St. He aided his son, Danny, in pursuing a career as a Master Electrician.

Joe was active in the Lions Club, Elks Club, Knights of Columbus, Windsor Chamber of Commerce (director), and as an officer of the Windsor Boat Club. He was an active member of Our Lady of the Valley Catholic Church where he taught a Youth Group class. He was on the Church Council and served 25 years on the church’s Business and Finance Committee. For a number of years Joe was in charge of sprinkler system maintenance and snow removal at the church.

Joe could not wait for the first snow to fall so that he could attach the snowplow blade to his truck. He would start out at four in the morning to clear off the snow in his friends’ driveways—22 in all. Whenever you would see Joe in his truck, a trusty Great Dane was usually in the front seat with him waiting patiently for a snack at the McDonald’s drive-up window.

Joe loved to read and play cards—he was an enthusiastic bridge player. He always had time for his friends and, if asked, never hesitated to provide a favor. He donated his money and time generously to many local causes. He was a tinkerer—he could fix just about anything that was broken.

Joe is survived by his wife, Patty, sons Sean (Charity) and Danny; four grandchildren, Quincey, Ramsey, Cashe, and Marissa;(who are the light of his life) two brothers, Jim and Jerry, and one sister, Jennifer.


He is preceded in death by his parents, a brother, Jack, a sister, Janice, and two of his children, Amy and Quinn.

Mass of Christian Burial will be 10:30 Thursday September 10, 2020 at Our Lady of the Valley Catholic Church in Windsor. Reception to follow the Mass at Pelican Lakes Golf Venue at the Island.
A private family interment will be held at Lakeview Cemetery, Windsor.

There are guest limitations at the church due to COVID. Face masks are required. If you would prefer to attend virtually, the livestream link can acquired by going to the Our Lady of The Valley Facebook page.

In lieu of flowers memorial contributions may be made tour Lady of the Valley Catholic Church in Joe’s name in care of Marks Funeral Service, 9293 Eastman Park Dr., Windsor, CO., 80550.

Online condolences maybe made at www.marksfuneralservice.com
To order memorial trees or send flowers to the family in memory of Joe Pike, please visit our flower store.

Private Family Graveside Will Be Held.