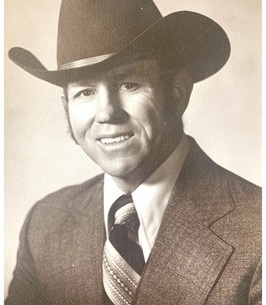 Marvin “Bud” Hopper was born on January 2, 1936 in Fort Morgan, Colorado to Dine and Frona (Watts) Hopper. He was blessed with three brothers, Don, Dave, Sam, and two sisters, Esther and Helen. After graduating from Fort Morgan High School, where he was a state wresting champion, he joined the Army. While in the Army He thoroughly enjoyed serving on the competitive rifle and pistol team. After completion of his military service he moved back to Fort Morgan where he met his wife Sharon Brooks.
Their life together began in Fort Collins where Bud obtained his degree in Electrical Engineering at Colorado State University. Over the years the family grew to include two daughters, Pamela and Jody. As a result of Bud’s work, the family lived all over the United States before settling on a farm outside Longmont.
Bud’s love for Christ was in full evidence in all he did and he greatly enjoyed bringing joy and a smile to everyone he encountered. He will be dearly missed by his wife Sharon, daughters Pamela (Sai) Lee, Jody (Mark) McNulty, his granddaughters Mandy and Aubrey McNulty, his brother Dave Hopper, his sisters Esther Herdt, Helen Hopper and all his nieces and nephews.
A memorial service will be held at 10:30 a.m., Monday, March 2 at Marks Funeral Chapel. 9293 Eastman Park Dr., Windsor. In lieu of flowers, memorial donations can be made to Prolife Across America.

To order memorial trees or send flowers to the family in memory of Bud Hopper, please visit our flower store.