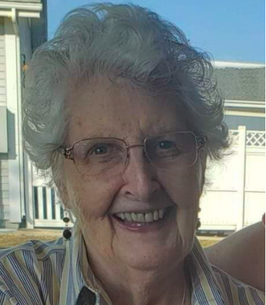 On the evening of April 7, 2020, Marilyn Ann (Betz) Matthews (88) of Windsor, Colorado succumbed to Leukemia and died peacefully at home surrounded by family. Marilyn was born to Fred and Doris Betz in 1931 in Anderson, Indiana. She grew up on her parents’ farm in Schoharie, New York and graduated from Albany High School in Albany, New York. She met Russell Matthews at Albany’s St. Andrew Episcopal Church where they married in 1950. Russell’s service in the Navy and Air Force led Marilyn and her family to many places, including Bitburg, Germany. While they were stationed in Minot, ND, Marilyn earned her Bachelor’s degree in Fine Arts. After Russell’s retirement in 1968, Marilyn and Russell moved to Loveland, CO where Marilyn remained a member of All Saints Episcopal Church for 52 years, including membership in Daughters of the King. She was also a member of the Greeley Art Association, Red Hat Society and Daughters of the American Revolution - Namaqua Chapter. Marilyn’s greatest life passion was art, and she earned a master’s degree in art and drawing from the University of Northern Colorado. She taught art in the Thompson School District for 10 years and then went on to earn a second master’s degree in adult education from Colorado State University. She became the director of adult education at San Juan Community College in Farmington, New Mexico until her retirement. She was a talented painter, and her art shows received many prestigious awards. She enjoyed the outdoors, including hiking, fly fishing and gardening, but she also loved genealogy and was fiercely proud of her Scottish, Irish, and German heritage and ancestors.

Marilyn was a strong, caring person who was adored by friends and family. She has left behind friendships in her church and community that she cherished dearly.
Marilyn was preceded in death by her parents, her sister Vera, and her ex-husband Russell. She is survived by her daughters, Linda Morgan (Mel Barnett) and Susan Rae (Jim) and her grandchildren Leah Morgan Feldt (Brian), Thad Morgan, Jessica Rae Rhodes (Brad), Luke Rae (Jenn), Zach Rae, and Adam Rae (Margaret). She also treasured her 8 great-grandchildren, Emerlie, Ben, Aidan, Annie, Iain, Cole, Shamus and William. A celebration of her life will be on June 20th, 11:00am at All Saints Episcopal Church in Loveland, and then her ashes will be spread at her grandson Luke’s farm, a place she loved because it reminded her of her childhood farm in Schoharie Valley, New York.

To order memorial trees or send flowers to the family in memory of Marilyn Ann Matthews, please visit our flower store.