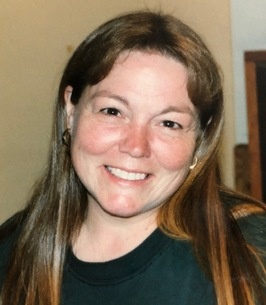 Luanne Faye Davison (Helms) passed away on Wednesday, March 6th, 2019 in Windsor, CO after a long battle with diabetes and dementia. Luanne was born on December 27, 1952 in Highland Park, MI. She grew up in Berkley, MI where she enjoyed the first 27 years of her life with her parents, siblings, and many friends. She followed in the footsteps of her sister, Corrine, and traveled West to live in the beautiful state of Colorado. Shortly after taking up residence here, she married and had her first baby, Steven John Davison, on October 18, 1981 at Boulder Community Hospital. Two years later, she had her second baby, Stephanie Leigh Fiegel (Davison), on September 17, 1983 at McKee Medical Center.
Raising her two children, spending time with family and friends, and attending church were Luanne’s true joys in life. She had a gift for making friends wherever she went, no matter their age. She was especially liked by Steven and Stephanie’s friends, as she had a way of relating to young people that was truly rare and special. There wasn’t a friend of Luanne’s that didn’t feel like a part of her family. Her smile was contagious, and she could make anyone laugh. She had a strong faith in God and was not afraid to share that with anyone she met.
Luanne also had the heart of a caregiver. When her son, Steven, was in a near-fatal accident, she didn’t think twice about putting her life on hold to become his full-time caregiver. There wasn’t anything in this world she wouldn’t do for those she loved. Her beautiful spirit and sense of humor will truly be missed.
Luanne is survived by her children, Steven Davison and Stephanie Fiegel (Davison), son-in-law Steve Fiegel; grandbabies Ike and Dirk Fiegel; sisters Corrine Stewart (Helms) and Nancy Harrell (Helms), brother-in-law Brian Harrell; brother Tim Helms, sister-in-law Sally Helms; nieces Carly Canchola (Stewart) and Lacey Reid (Stewart); great niece Everly Canchola; and many more cousins, nephews, and nieces. She is preceded in death by her father and mother, Therin and June Helms. A celebration of life will be held on Saturday, March 16th at 10:30 AM at Galilee Baptist Church, 2525 Van Buren Court, Loveland, CO. A reception will follow at the same location. You may wear purple in honor of Luanne. In lieu of flowers, a memorial fund has been set up for Luanne at Guaranty Bank and Trust Company, 300 E. 29th St, Loveland, CO 80538. Memorial contributions can also be made to Luanne Davison in care of Marks Funeral Service, 9293 Eastman Park Drive, Windsor CO, 80550. Visit www.marksfuneralservice.com to post any memories you would like to share.

To order memorial trees or send flowers to the family in memory of Luanne Faye Davison, please visit our flower store.