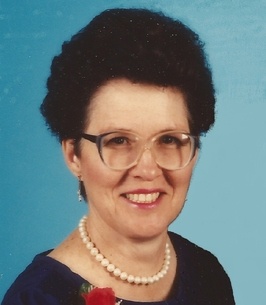 Linda Jean Pattison, 77, of Fort Collins Colorado. Went to meet the Lord on December 1, 2018 at her home, after a long battle with cancer.
Linda was born in Valentine Nebraska to Rodney and Lillian (Chessmore) Dimmick on March 14, 1941. She attended school in Cody Nebraska. She graduated from Cody High School in 1958. Linda received her Bachelors degree in Nursing from the University of Nebraska.
While she was away at college she met the love of her life Kenneth Pattison. They were married on October 1, 1960, in Sterling Colorado.
Linda worked as a nurse throughout her life in Nebraska, Colorado, Nevada, Utah and South Dakota as she lovingly raised her children. She enjoyed reading, sewing, riding horses, gardening, traveling and camping. Linda's greatest joy was doing things for others. Her home was always open to anyone who entered. She had a way of making everyone feel loved and welcomed. After retiring, Linda spent time enjoying her family, traveling, quilting and scrap booking. She was a member of the Eastern Star, White Shrine, RV Roamers of the El Jabel Shrine.
She is survived by her husband Kenneth Pattison; Children Mickey Pattison, Patricia (Harry) Ferguson, Terry (David) Huyck, Kenneth E. (Janet) Pattison all from Northern Colorado; Her two siblings Iris (Richard) Andersen of Norco CA, Rodney (Darla) Dimmick of Pierce CO; Ten grandchildren Scott (Brandi) Ferguson, Harry (Breeze) Ferguson, Aubrey Ferguson, Rachel (Eric) Olsen, Sarah Huyck, Nathaniel Huyck, Nicole (Jerrett) Johnson, Kenneth (Holly) Hartshorn, Jonathan (Amme) Pattison and Joseph (Morgan) Pattison; Twenty one great-grand children, one great-great-grand child and several nieces and nephews.
She was preceded in death by her parents, grand parents and her great-granddaughter Alexis Hartshorn.

A Celebration of Life Service will be held at 10:00a.m. Monday, January 14, 2019 at First Christian Church DOC, 530 Walnut Street,
Windsor, Colorado. 80550
In lieu of flowers, the family asks that memorial contributions be made to the Shriner's Hospital.

Online condolences may be made at www.marksfuneralservice.com
To order memorial trees or send flowers to the family in memory of Linda Jean Pattison, please visit our flower store.