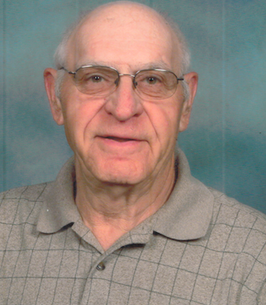 Leonard M Deschene, 87, of Windsor, Colo., passed away on Saturday, January 4, 2020 in Fort Collins, Colo. He was known for his devotion to his faith, family and country.

Leonard is preceded in death by his parents, Albert and Georgianna Deschene; his wife Margaruite (Marcy); their son Gerry; and grandson Blake West.

Lenny was born November 27, 1932 in Argyle, Minn. He graduated from Argyle High School in 1950. He attended the Agricultural college at North Dakota State University. He served in the Army during the Korean war. He met and married his wife while serving in the Army, and they were married in Laramie, Wyo. on April, 7, 1956. While living and raising his family in Lincoln, Neb., he worked as a Railroad Conductor for the Burlington Northern Railroad from 1960 to 1996. He moved to Colorado in 2014 to be closer to his children.

In lieu of flowers donations may be made to Catholic Charities of Northern Colorado, 460 Linden Center Dr, Fort Collins, CO 80524.

Online condolences may be made at www.marksfuneralservice.com.
To order memorial trees or send flowers to the family in memory of Leonard M Deschene, please visit our flower store.