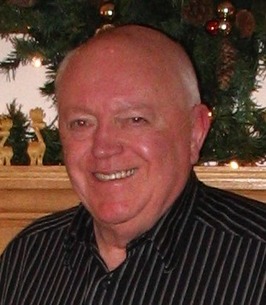 Kenneth (Ken) Kisselman was born in Windsor on July 4, 1939 to William (Bill) and Esther (Weinmeister) Kisselman. Ken was extremely proud of his Germans from Russia Heritage.
A lifelong resident of Windsor, Ken graduated from Windsor High School. He played clarinet in the Concert Band but a heart condition kept him from playing in the Marching Band. He spent much of his Senior Year at The University of Minnesota Medical Hospital to repair his heart condition. Ken developed a love of music at an early age and played the organ for his church for 45 years. He also accompanied the Choir Concerts at Mountain View Elementary –even after he retired!
Ken graduated from Colorado State College (Now UNC) with a Degree in Elementary Education. He was a Professional Educator who always made the needs of his students a priority. He taught in The Milliken/Johnstown School District for 10 years and then taught at Mountain View Elementary in Windsor for 22 years.
Ken would give you the shirt off his back. He enjoyed bringing a smile to everyone’s face. Ken had a huge heart and will be remembered for the numerous cards, plants and special flower arrangements he would send. You couldn’t mention Ken without mentioning Amos, his Westie. Ken used Amos’ picture in the over 200 buttons he would make for every holiday. They would be delivered to the medical clinic, the vet office, the groomer and nursing facility. People looked forward to them.
Preceding Ken in death are his parents and his sister Lonnetta.
Ken is survived by his companion/caretaker Jim Graham, his best 4 legged friend Amos, cousins Carol Kautz and Marilyn Shew and many special friends.