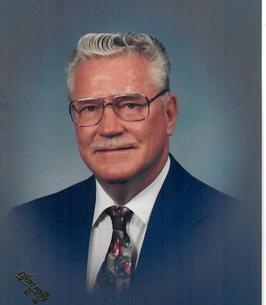 Kenneth Comin, 87, of Ft. Collins passed away on February 24, 2019. He was born to Arnot and Ruth (Aldredge) Comin on June 16, 1931, in Windsor, Colorado.
Ken was raised in Windsor, Colorado, and graduated from Windsor High School in 1950. He enlisted in the U.S. Naval Air and served honorably for four years during the Korean War. He was stationed in San Diego, then at Barber’s point on Oahu, Hawaii; and in the Philippines for a time.
After returning from his service in the U.S. Naval Air, he was hired by Bell Telephone. He worked with the telephone company for his entire 35-year career.
He married Violet Wittig and had two daughters, Carol and Katherine. He later divorced and remarried Judith Switzer on December 1, 1974.
Ken served in the Windsor Post 109 of the American Legion. He was commander of the Legion for two years, and was a past chef-de-gare of the 40 and 8 Club of the American Legion in Greeley.
During Ken’s retirement years, he served some time as president of the U.S. West Telephone Pioneers for 10 years volunteering service to communities throughout Colorado and other states. He was also a long-time member of Shepherd of the Hills Lutheran Church.
Ken was preceded in death by his wife and parents, seven siblings, and is survived by his two daughters, Carol McCue (Brad) and Katherine Nakashima (Gary). He also is survived by 5 grandchildren and 11 great-grandchildren.
The Memorial Service and reception will be held at 10:30 a.m., Monday, March 4, 2019, at the Shepherd of the Hills Lutheran Church, 1200 South Taft Hill Road, Fort Collins.
Online condolences may be made at www.marksfuneralservice.com
To order memorial trees or send flowers to the family in memory of Kenneth L. Comin, please visit our flower store.

Shepherd of the Hills Luthern Church

Shepherd of the Hills Luthern Church