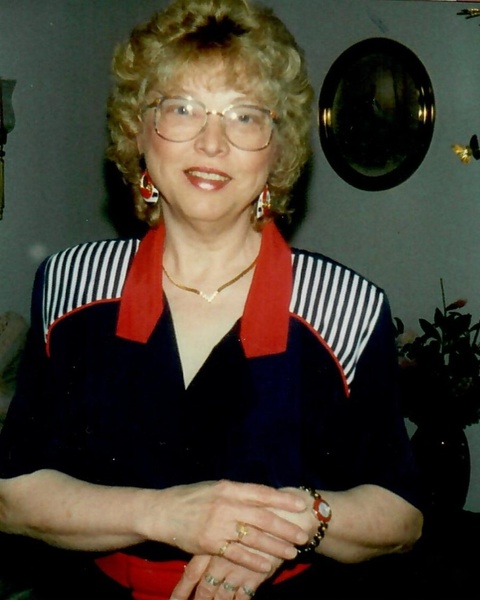 Julianna Zimmerman (Martian), known by most as Judy, 80, passed away on Thursday, Sept. 10, 2022 at the Medical Center of the Rockies, Loveland CO. Judy's life will be celebrated on Saturday, Sept 24, 2022 at 10 a.m. at Mark's Funeral & Cremation Service in Windsor CO.

Judy was born at Glencross SD on May 18, 1942, during one of the biggest blizzards of the year. She was born at home as all roads were closed. She attended a small country school until high school, then she attended Timber Lake. After high school, she went to Cosmetology School in Bismarck ND where she later met the love of her life, Ervin Zimmerman. They married on October 23, 1965 in Glencross SD. In March 1967, they were gifted a daughter, Wanda Zimmerman.

Judy traveled with Ervin, as he was employed by a construction company. They lived in Mobridge SD, Fergus Falls MN, Hettinger SD, Mandan ND, Rapid City SD, Delany MN, Waunta NE, Maple Lake MN, Delano MN, Pierre SD and back to Bismarck in 1974. They lived in Bismarck until August 2022 when they moved to Windsor CO to be close to Wanda and her family.

During her life, Judy worked at several hair salons, a plastic factory, and the Soil Conservation. She also sewed for the Holiday On Ice show and eventually retired from Erv's Mobile Home Service Center.

She enjoyed bowling, sewing, quilting, crosswords, gardening, canning, playing cards and having a cup of coffee with friends. Most of all, she enjoyed when her grandsons came to visit.

She leaves behind her loving family; husband Ervin, daughter Wanda, son in law Matt Brungardt and her two grandsons Collin and Kohl Brungardt from Windsor CO, her siblings; Marcella Niles from Tacoma WA, Jerome Martian from Yankton SD and Charlotte Sandland from Linden Wa. She also leaves behind several special friends including Alvina, Bernie, Eileen, JoAnn, Kathy, Penny and Sharon, who all brought her much joy and laughter.

Preceding her in death were her parents, Jacob and Angeline Martian, her brothers Ed, Richard, Gerald, Herbert, Larry and Leonard Martian and her baby sister Lorraine Martian.

To order memorial trees or send flowers to the family in memory of Julianna Zimmerman, please visit our flower store.