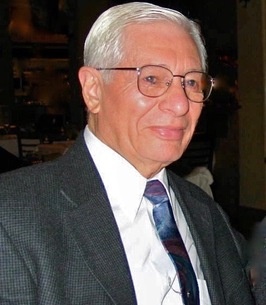 Joseph was born in Brooklyn, NY, on March 18,1927, to Louis and Anna Zito. In 1943 his family moved to Los Angeles, CA, where he graduated from Garfield High School. In 1945 he enlisted in the U. S. Army. World War II ended while he was in basic training and he shipped off to Japan with the U. S. Occupational Forces. After his discharge Joseph enrolled in aircraft mechanics at Cal-Aero Tech and obtained employment at North American Aviation. Joseph joined the Air Force Reserves in 1951 and was called to serve in the Korean War as a flight engineer on C-47 military transports. He called it the best plane ever made. He had a life-long love of aviation.

In 1953 Joseph was honorably discharged from the Air Force and met and married Margaret Benedetto in New York. They made their first home in Southern California, where Joseph began his career in the insurance industry. Joseph, Margaret, and family moved to Hopatcong, New Jersey, in 1963. Upon retirement in 1992 he and Margaret moved to Fort Collins, CO, where they resided until moving to Windsor, CO, in 2017.

Joseph raised four children with Margaret. He was a devoted husband and father, always celebrating birthdays, marriages, holidays and achievements; taking his children to see America's historic and natural wonders; watching his grandchildren's school and athletic events; and pitching baseballs in the backyard. He enjoyed traveling, woodworking, painting watercolors, bowling and watching baseball games. Joseph served as a lector for St. Jude Catholic Church in Hopatcong, NJ, and St. Joseph Catholic Church in Fort Collins, CO. He also was a member of the Knights of Columbus and served on the Hopatcong Board of Education for several years. During his retirement, he was a volunteer with Catholic Charities, CASA and a literacy program for international children.