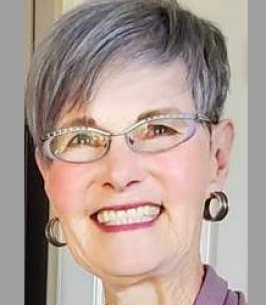 WINDSOR – Johnette (Johnny) Lois Pendergast (75), died Feb. 1, 2021, surrounded by family at her home, Windsor, CO. She and her twin sister, Johnine were born May 17, 1945 in Kansas City, MO to Margret “Lois” and (Captain) John T. Hensley, who tragically died in WWII without ever seeing the twins. As a single parent, Lois raised the girls with an abundant of overflowing love and selfless commitment to their well-being in Shawnee Mission, Kansas.

Johnny graduated from Washburn University in Topeka KS in 1968. Always an active and involved campus student, she was a member of the Delta Gamma sorority and served as its president her senior year. She was selected as a Homecoming Queen candidate, nominated for “Best Dressed Girl on Campus” ,and served as the May Fete Queen her senior year. After college, she became a stewardess for Trans World Airlines (TWA).

On 9 August 1968 Johnny married her college sweetheart and best friend, Michael (Mike) Pendergast. An Army military family for 31 years, together they raised their three daughters (all 3 born in Germany within 16 months as the twins were preemies) through 22 military assignments in the U.S. including her favorite - Hawaii, Germany, and Korea.

Johnny was passionate about Jesus and His creation, her family, art, and colors. She enjoyed all outdoor activities – hiking, swimming, biking, walking, chatting, and sunsets/sunrises/clouds J.

Johnny was an active member of Christ Community Church, Greeley, CO and previously served as a Bible Study Fellowship (BSF) member/teaching leader during several military overseas assignments. Upon their 2007 retirement to CO, Johnny became a member/facilitator for the Greeley CO Community Bible Study (CBS) group. She deeply loved the Lord and openly shared her faith with everyone both through conversation, her actions, contagious smile, and loving heart. She truly was an example of “walking the talk” for the Lord.

Survivors include: Mike, her husband of 52 years, her three very special and loved daughters and their families: Nicole/Phil Grizzle, Michelle/Christian Renneissen, and Jeanelle/Bart Gordon, and 7 wonderful grandkids (Fenix [20},Genesis[18], Victoria[17], Eliana[14], Levi[11], Gavin [11] and Cody (8); her twin sister, Johnine/Robert Hruska; a step-sister, Pat Carver; a sister-in-law, Sharon/Bill Pendergast-Hannon; and a brother-in-law, Darrel/Susan Pendergast. She was preceded in death by her parents.

Special thanks to the hospice Pathways caregivers (her true angels) who treated Johnny with compassion, kindness and love.

A celebration of Johnny’s life will be held at a later date.

In lieu of sending flowers to commemorate Johnny’s life, the family request donations be made to any of her favorite charities, which include:

Johnny’s spirits were always lifted by singing spiritual songs, and several of her favorite sing-along songs were: Who You Say I am - A Child Of God Lyrics - Hillsong Worship (sifalyrics.com); and MercyMe - I Can Only Imagine (The Movie Session - Official Music Video) - Bing video. The next time you’re feeling low, try singing one of these songs and know that Johnny is listening and smiling down at you!
To order memorial trees or send flowers to the family in memory of Johnny Pendergast, please visit our flower store.