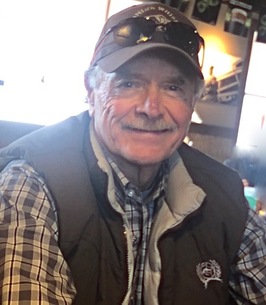 John Melvin (J.M.) Shafer was born Feb. 21, 1944, to Melvin and Bernice (Shaffer) Shafer in Worland, WY. He was the youngest, and only boy, of six children & raised on a small dairy farm north of Thermopolis, WY.
He graduated from Hot Springs County High School in Thermopolis, WY in 1962. He attended Casper Jr. College and The University of Wyoming where he graduated with a Bachelor of Science Degree in Electrical Engineering in 1966.
While attending college, J.M. married his high school sweetheart, Michele Marie (Burnell) Shafer, on Sept. 6, 1964. They have been together since they were 14 years old and were about to celebrate 55 years of marriage.
After graduating college J.M. and Michele ventured to San Bernardino, CA where he worked for Southern California Edison and they started a family. In 1967, J.M. started working for U.S. Bureau of Reclamation in Casper, WY, where he and Michele’s family was completed.
From 1975 to 2008, J.M. worked various jobs in the Electric Utility Industry taking his family to Colorado, Oklahoma, and back again. He finally retired in 2008 from his final position as Executive Vice President and General Manger at Tri-State Generation Transmission Association. In 2012, Tri-State dedicated and renamed their Fort Lupton location the “J.M. Shafer Generation Station”.
J.M. was very involved in his community and church, volunteering when he could.
J.M.’s pride and joy was his family. He thoroughly enjoyed watching his kids and later his grandkids play sports. He loved getting together with extended family when time allowed.
J.M. also enjoyed sports himself. He played basketball and football as a youth and continued to play basketball into his 70s. He was a die-hard Wyoming Cowboys fan. He was an avid runner and was proud of the accomplishment of running a marathon in 1991.
J.M. is survived by his wife, Michele Shafer, his daughter, Kim (Ronnie) Butler, his son, Ty (Bobbi) Shafer, six grandchildren Sarah (Pete) Sattler, Jack (Elesha) Shafer, Dru Shafer, Peyton Shafer, Kylie Butler and Jacy Kate Butler. He is also survived by his great-granddaughter Fiona Shae & was looking forward to welcoming a second great-grandchild in Feb.
He is also survived by his five sisters, Betty Dieter, Shirley Jean Reynolds, Connie Lee (Kenn) Gaskell, Bonnie Lou (A.J.) Bauer, Charlyne (Mick) White and numerous nieces, nephews, and greats.
He was preceded in death by his parents, Melvin & Bernice Shafer, and two nephews, Matthew Blakesley and Brent Haynie. He will be sorely missed, but his family takes comfort in knowing he has definitely heard the words, “Well done my good and faithful servant.”

In lieu of flowers, donations can be made to alz.org.

Light lunch will be served.

Private inurnment will be held in Wyoming at a later date.
To order memorial trees or send flowers to the family in memory of John Melvin "J.M." Shafer, please visit our flower store.