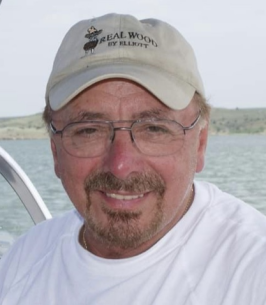 James Elliot Richard, 75, of Loveland, passed away May 24, 2020 at home.
Mr. Richard was born Oct. 20, 1944, to Pearl and Ruby (Elliot) Richard in Concordia, Kansas.
He lived most of his life in Kansas, moving to Aurora 27 years ago. Two years ago he moved to Loveland. James worked as a farmer, mechanic, hair stylist, and furniture maker.
Mr. Richard is survived by his children Donna (Darren) Adams of Harrisville, MO and Terry Lee (Stephanie) Richard of Windsor; sisters Patricia Lee Wildman, Shirley Anne Spafford, and Janis Elizabeth Lorenzen; grandchildren Megan (Corey) Johnson, Connor Adams, Ashley Richard, and Logan Richard; and great-grandchildren Matteo and baby Johnson due in August.
He is preceded in death by his parents and his son, Stacy Richard.
Online condolences may be made at www.marksfuneralservice.com.
To order memorial trees or send flowers to the family in memory of James Richard (Elliott), please visit our flower store.