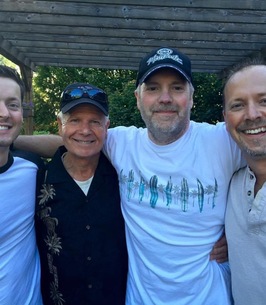 Gregg Thomas Shrake, 72, of Windsor, passed away January 14, 2021.
He was born Feb. 11, 1948, in Salem, Oregon, to Warren and Eva (May) Shrake. In 1966 he graduated from North Salem High School.
Gregg served in the Army from 1967 to 1970, fighting in Vitenam in 1967 and 1968 where he earned two Purple Hearts, the Bronze Star, the Distinguished Service Medal, as well as many more medals and commendations. After Vietnam he served as a drill sergeant until 1970. From 1970-1973 he served in the US Army Reserves and from 1973-1974 he was in the National Guard.
Mr. Shrake graduated in 1974 with a Bachelor’s Degree in Education. He worked as an instructor at the Mt. Hood Community College Physical Education Department from 1974-2018. He was also the owner/trainer/instructor of the Bridlewood Horsemanship Center.
On May 13, 1984 he married the love of his life, Ileine Mosset in Oregon.
Gregg was a professional horseman and judge and was a member of the American Quarterhorse Association, United States Equine Federation, Oregon Horseman Association where he served as the vice president and chairman of the judges and stewards. He held nine horse breed judge licenses and was a national and international equine judge.
In 1995 he was invited as the first American to instruct the western style of horseback riding and competitive riding in Finland. He went back in 2000 to advance their training. He judged in Australia, Japan, Canada, and throughout the United States.
Mr. Shrake was a member of Our Lady of the Valley Catholic Church in Windsor. He enjoyed trail riding, hiking, snow shoeing, bike riding and traveling.
Gregg is survived by his wife, Ileine Shrake of Windsor; children Randy (Julie) of Windsor, Marc (Danielle) of New River, Arizona, Stephani (Chris) Rife of Gilbert, Arizona, and Steven (Anne Marie) of Happy Valley, Oregon; brother Richard Shrake of Sunriver, Oregon; sister Mary Lou Zeek of Salem Oregon, and grandchildren Tyler, Erika, Trace, and Madelyn.
He is preceded in death by his parents, Warren and Eva Shrake; and a sister, Janice Howell.
Due to Covid-19, inurnment at Willamette National Cemetery in Portand, Oregon will take place later this year.
Online condolences may be made at www.marksfuneralservice.com.
To order memorial trees or send flowers to the family in memory of Gregg Shrake, please visit our flower store.