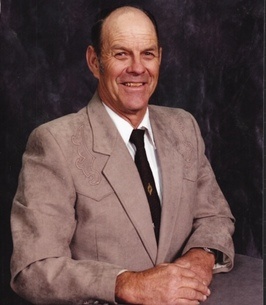 Glen Ekberg was born July 19, 1933 to Glen O. and Angie (Klie) Ekberg at Hale, Colorado. He was the third of five children. He went into the arms of his heavenly father on March 24, 2020. He was surrounded by his daughters, grandchildren, and great grandchildren.

Glen Ekberg was the valedictorian of the Idalia graduating class of 1951. Glen farmed for the Ostrander family for a short time before accepting employment with the Colorado Division of Wildlife.

In 1955, Glen took his brother Dale’s place in the draft so he could stay and farm the homestead. Glen served in the US Army from 1955-1957 in Germany. Upon returning from the service, he went back to work for the Colorado Division of Wildlife. He met Velma Louise Spelts at a dance in Yuma Colorado and they were married November 29, 1958. They were blessed with two daughters, Theresa in 1961 and Tammera in 1964.

Glen’s career would take the family from Wray to Laporte, Colorado and back to Wray. He retired in 1989 from the Division of Wildlife after 35 years of service. Glen and Velma enjoyed many years of travel during their retirement and spending time with their grandchildren. Glen enjoyed going to his grandchildren’s activities and ballgames. He made many memories with them while fishing, hunting, camping, and pulling taffy.

Glen was an active member of the Wray Elks Lodge. He served in every capacity and progressed through the officer chairs, serving as Exalted Ruler in 1981-1982. Glen and Velma enjoyed many evenings of dancing at the club.

Private family interment will be March 30, 2020. Memorial contributions may be sent to Mark’s Funeral and Cremation Service. The family will be sending all contributions to the American Heart Association.

To order memorial trees or send flowers to the family in memory of Glen Ekberg, please visit our flower store.