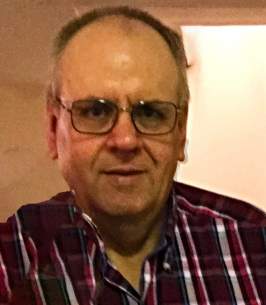 Jerry L. Pickering, 60, of Greeley passed away Thursday evening, April 22, 2021 at North Colorado Medical Center. He was born in Greeley, Colorado on November 21, 1960 to Tom and Kathleen Pickering. Jerry attended school in Johnstown, Colorado and graduated from Roosevelt High School.
Jerry started driving semi-trucks at the age of 18 and was involved in the trucking industry the major part of his life. In 2001 Jerry was unable to continue truck driving due to health issues however his love for trucking continued in hobbies he later pursued.

Jerry will be loved and missed by surviving wife Jane M. Pickering, brother Doug Pickering and wife Mary, sister Susan Clark and husband Bob along with the “The Boys” Nathan Welter and JD Welter who were very good friends of Jerry’s. He was proceeded in death by his parents.

Online condolences may be at www.marksfuneralsevice.com
At Jerry’s request no services will be held.

To order memorial trees or send flowers to the family in memory of Jerry Pickering, please visit our flower store.