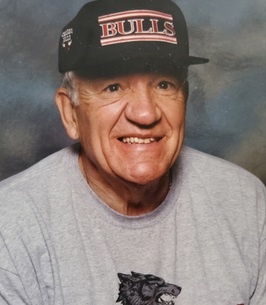 George was born on October 15, 1929 in Chicago, Illinois. He is the eldest of 10 children from father Andrew and mother Evelyn. George's family moved to Sioux City, Iowa when he was 2 years old.

George was an avid athlete and excelled in basketball while attending East High School. He later met and married Dolores Petersen of Sioux City, Iowa on August 5, 1950. They have 3 children, Connie Jean Kounas, Randy Lee Kounas and Lori Lynn Kounas.

George and his family relocated to San Diego while he was serving in the Marine Corps. He then later worked for Braniff International in Sioux City, Iowa, Washington, DC and in Dallas, Tx as a Grounds Operation Supervisor.

In 1994, George and Dolores relocated to Fort Collins, Colorado. At that time, he worked as a childcare transportation driver for GK Gymnastics and was loved by everyone he met.

George enjoyed playing pool with his friends at the Senior Center, watching all
sporting events and western movies. His favorite past-time was being bossed around by and playing cards with his great grand-daughter Jordan.

Marks Funeral & Cremation Service in Windsor, Colorado will be handling the final arrangements and memorial services to be determined at a later date.

Online condolences may be made at www.marksfuneralservice.com
Leave a sympathy message to the family on the memorial page of George Andrew Kounas to pay them a last tribute.
To order memorial trees or send flowers to the family in memory of George Kounas, please visit our flower store.