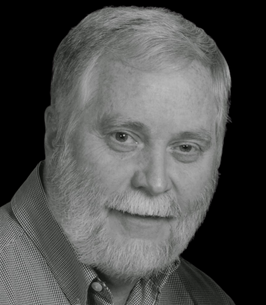 GENE WEBSTER LEACH
Gene Leach was born February 14, 1952 in Friend, NE. He lived on the farm in Dorchester, NE until the family moved to Longmont, CO in 1962. He was the son of Leonard E. Leach and Virginia Rardin Leach.
He was active in Little League baseball in elementary school and developed into a great player. He later added golf and bowling and was at pro level in those had he chosen to go there.
He graduated from Longmont High School in 1970 and went on to the University of Colorado Boulder to get his B.S. Business (Finance), graduating 1974. Gene married Linda McPherson and they were married for 24 years until she succumbed to cancer. Several years later he married Debbie Schraeder Anderson and they have been married for 17 years. He worked as a stockbroker with Merrill Lynch for a few years. He gravitated to project manager for a large construction company. That led to his move to the
University of Colorado Denver to get his MA in Architecture, graduating 1987. He went on to work as an Architect/Project Manager with the University of Northern Colorado for several years where he ran a project for a 720 bed residence hall complex which was a $54.7M budget. He left there to work for Colorado State University as an Architect/Project Manager/Owner’s Rep where his major project was to design and manage a major renovation and addition to the CSU Student Recreation Center, a $34M budget. He moved on to design and manage projects for construction companies in the area. He went out on his own as an Architect/Planner in 2000 to present. He was a registered architect with the State of Colorado.
In 2010 Gene accompanied his father on the Honor Flight out of Northern Colorado. He later went two more times as a guardian.
His volunteer experiences were as a member of Planning & Zoning Commission for the City of Longmont, and a member of the Landmark Designation Commission for the City of Longmont. He was a volunteer probation office with Boulder District Juvenile Courts, working with at-risk teenage boys convicted of minor crimes to improve their educational and social skills.
He was interested in antique car restoration and was passionate about his miniature Schnauzers, Scottish terriers and Wire Hair terriers.
Gene had a strong faith and personal relationship with his Lord Jesus Christ. He and Debbie attended Eaton Evangelical Free Church in Eaton, CO for many years and were active participants in the ministries of that congregation.
He is survived by his wife Debbie; step daughter Celeste Culver (Casey) grandchildren Cailynn and Carter, Greeley; step son Matt Anderson (Mei Ling) grandchildren Morgan and Brady, Brighton; brothers Bruce Leach (Sharon) Austin TX; Dale Leach (Diane) Ft. Collins; step mother Wilma Leach Loveland; step sister Patsy Rogen (Ace) Mesquite NV; nephew Bryce Leach (Brooke) Parker TX; Kyle Leach (Evelyn) Austin TX; niece Caron Leach Ojai CA; mother in law Sadie Schraeder, Greeley; 4 great nephews and 1 great niece.
Preceded by his father Leonard, mother Virginia and his first wife Linda.
To order memorial trees or send flowers to the family in memory of Gene Leach, please visit our flower store.

A private family interment will be held.