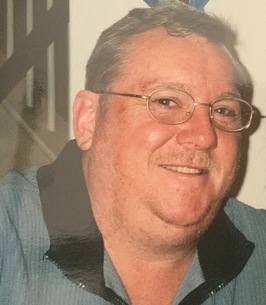 Gary Anthony Davis, 62, of Windsor, passed away January 30 in Windsor.
Also known as “Chili, Pils, or Daddio,” Gary was born to James and Beryl Davis in London, England on February 23, 1956.
He graduated from Aurora Central High School and the TH Pickens Trade School. He worked at Kwal Paint, Carestream Health and Lexmark International. Gary enjoyed both American and European Football, especially the New England Patriots and Chelsea in Premiere League Soccer; the Boston Red Sox, and listening to music.
Gary is survived by his children Kenna Davis of Windsor, and Patrick McNamee of Colorado Springs; siblings Bryan Davis, Catherine Davis, Carol Davis, and Barbara Heydwiller.
He is preceded in death by his parents and his brother, Glenn Davis.
A memorial service will be held at 2:30 p.m., Friday, Feb. 8, at Marks Funeral Chapel, 9293 Eastman Park Dr., Windsor, 80550.
Online condolences may be made at www.marksfuneralservice.com
To order memorial trees or send flowers to the family in memory of Gary A Davis, please visit our flower store.